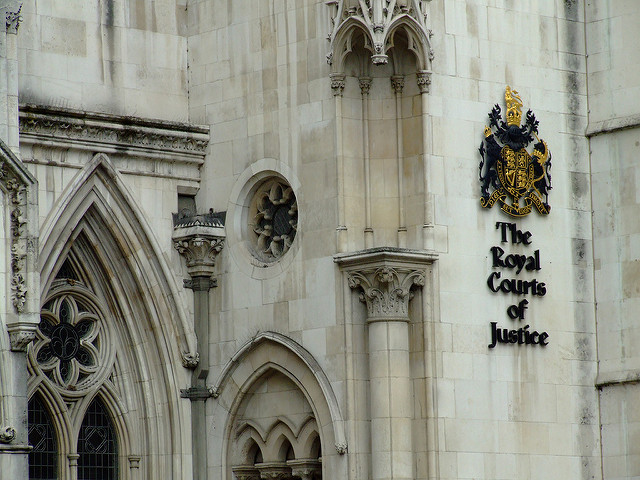 Khan case: Sala overturned in the Court of Appeal

In Sala (EFMs: Right of Appeal : Albania) [2016] UKUT 411 (IAC), the Upper Tribunal held that there was no right of appeal against a decision by the Home Office to refuse a residence card to the extended family member of an EEA citizen. The Court of Appeal declared on 13 October 2017 that this decision was wrong.

The original Sala decision came as a something of a surprise. As the Court of Appeal said:

for approximately ten years before the decision in Sala, all parties considered, and proceeded on the basis that, there was such a right of appeal… when an [extended family member] was refused residence.

Irwin LJ, giving the lead judgment, noted that the Immigration (EEA) Regulations 2006 at issue are “formidably obscure and badly drafted”. The decision turned on the interpretation of this unhappy instrument. The principal point at issue, Irwin LJ wrote, was

the meaning of the language in the Regulation [2.1]: is the decision under consideration one which “concerns… an entitlement” to enter and to be granted a residence card… the essence of the decision by the Upper Tribunal was that this means an existing entitlement.

The interpretation giving rise to a right of appeal was, he concluded, “the more natural meaning” of the words in question – contrary to the earlier decision of the Upper Tribunal.

Permission for the Secretary of State to appeal today’s judgment to the Supreme Court was refused, but remittal to the tribunal stayed until judgment has been given in SM (Algeria) v Entry Clearance Officer UKSC 2015/0243, currently pending before the Supreme Court.

What should extended family members affected by Sala do now?

It is hard to understate what a mess the Upper Tribunal has created with its now overturned decision in Sala. There must be thousands of extended family members who have wrongly been denied a right of appeal by that decision. What on earth should they do now?

This is a very difficult question to answer and we will keep readers updated if any clarity emerges. The basic options are:

1. Give up. This might end up being realistic, unfortunately. The options below are not, at the time of writing, easy ones to pursue.

2. Make an out of time application for permission to appeal. As reason for the out of time appeal, state that you were informed there was no right of appeal. The relevant tribunal or court may take a strict view and say: it is too late, the appeal should have been pursued before now. But this is worth trying as it would probably be the best solution. If no appeal was pursued at all to begin with, an appeal to the First-tier Tribunal could now be lodged out of time. If the appeal reached the First-tier Tribunal but the tribunal then declined jurisdiction on the basis of Sala then you could lodge an out of time appeal to the Upper Tribunal. If it was the Upper Tribunal which declined jurisdiction, the appeal would be to the Court of Appeal. In this latter situation the “second appeals test” must be overcome, never mind the legal costs and inconvenience of trying to pursue this option.

3. If an appeal has already been lodged and is still outstanding, those appeals should now be allowed to proceed or if on appeal to the UT or Court of Appeal should now be remitted back to the FTT or UT by consent with the Home Office.

4. Apply for an earlier tribunal decision to be set aside. We saw the First-tier Tribunal take a pragmatic approach when the Court of Appeal held that historic fast track appeals had been unlawfully determined. Under rule 32 of the Tribunal Procedure (First-tier Tribunal) (Immigration and Asylum Chamber) Rules 2014 a decision can be set aside if certain conditions are met. The relevant condition would be whether “there has been some other procedural irregularity in the proceedings”. It is hard but not impossible to conceive of the misunderstanding of jurisdiction as a procedural irregularity. This would certainly be the most pragmatic way forward as it would enable appeals to be reinstated on application.

If you are affected by the Sala decision and were denied a right of appeal, you will need legal advice at this point, but do not be surprised if we lawyers are still working out what the best way forward might be.

How the case was won

Below is the account of the successful hearing written in its immediate aftermath by Rajiv Sharma, who appeared for Mr Khan with Ramby de Mello. Our thanks to Rajiv for producing it.

The Court of Appeal heard the appeal against the findings in Sala yesterday [12 October 2017]. Those findings, briefly, are that by virtue of the discretion available to a decision-maker under regulation 17 of the Immigration (EEA) Regulations 2006, a decision on an application under regulation 8 is not a decision which concerns the applicant’s entitlement to be issued with a residence card. Therefore it is not an “EEA decision” under regulation 2 and so is not appealable under regulation 26.

Our position for the appellant was the same as the appellant’s position in Sala: that the regulations provide a right of appeal against an adverse decision on a regulation 8 application which is an EEA decision. The Secretary of State’s position had changed, however, from her position in Sala before the Upper Tribunal, when she agreed with our present position. She now contended (as is consistent with her updated guidance and the 2016 Regulations) that there is no right of appeal.

The court, having adjourned the matter in July, had allocated a day prior to the hearing for pre-reading. Evidently this time had been well spent because the court had established a road-map of the issues upon which they wanted to be addressed. They wanted to hear submissions on interpretation of the 2006 Regulations in isolation – i.e. without reference to the directive/treaty – before deciding if they needed to hear anything else.

After lunch the court heard a submission from the respondent that the reference to public policy grounds in regulation 20 had no connection to the public policy grounds in regulation 21. Counsel was then asked, in the absence of direct authority to support his position, whether he had had any submissions to rebut the provisions referred to by the appellant.The court (particularly Longmore LJ) enquired why the respondent’s position had changed from the submissions she made in Sala. Specifically, Longmore LJ asked what it was about an extended family member having a right of appeal that scared the Home Secretary. This, being a policy decision, was not within the remit of her counsel to answer.

I pause here to suggest that the policy behind this change of heart goes to the underlying ‘hostile environment’ that the Home Secretary (and her predecessor) wishes to create for certain immigrants. The fewer rights of appeal that exist, the lower the number of ‘migrants’ that will be able to fully pursue any legitimate claims to remain in the country.

There was an interesting concession from Brian Kennelly QC that the 2016 Regulations were drafted as a result of the decision in Sala. There was a brief reply from lead counsel for the appellant, Ramby de Mello, following which the court decided to rise to consider how best to proceed. After a short period they re-entered and informed us that the appeal would be allowed on the interpretation ground. They did not need to hear from us on the other grounds – those grounds included matters relevant to a challenge to the 2016 Regulations, if necessary.

The effect of the decision is that all those appeals pending under the 2006 Regulations should now be able to proceed. Those that have resulted in notices of invalid appeal will need to be challenged. This point may be slightly academic now, in the sense that only the 2006 Regulations are directly affected, but the path to a challenge to the 2016 Regulations now exists.

A written decision is to follow so watch this space for further detailed analysis.

Before closing I would like to make a brief comment about the camaraderie I have witnessed at the Bar whilst dealing with this appeal. From Declan at Landmark Chambers (counsel in Sala), to Zane and Parminder at 12 Old Square, Alex at One Pump Court (formerly at Mansfield 1 Gray’s Inn Chambers), both Ramby and Manjit at No5 (and probably others) and Colin through this blog, many people have been very open to brainstorming ideas about properly formulating this challenge. The Bar is a competitive place but it is good to see that so many people can work together to achieve an ultimately beneficial end.