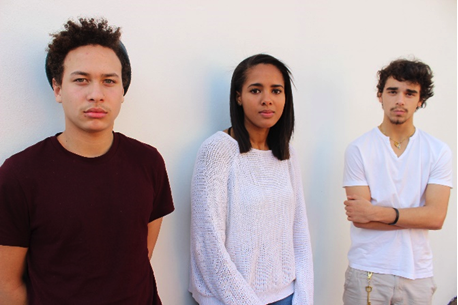 Can children be deported from the UK?

Yes. Children can be removed from the UK as part of a family. They can, on paper, also be deported in their own right for criminal offending: the Home Secretary’s power of deportation under the Immigration Act 1971 is not limited to under-18s, and the Home Office has specific guidance on applying that power to children. That said, under that guidance, the physical removal will “usually” be delayed until the child turns 18.

Removal as part of a family

In ordinary language, “deportation” is used to mean foreign nationals being kicked out of a country that they have no right to live in. In that sense, children are “deported” all the time along with their parents: over the past five calendar years, 7,134 under-18s were removed from the UK. The vast majority of those were categorised as voluntary removals; 91 were enforced.

In practice, “conducive to the public good” generally involves committing a criminal offence. Deportation is automatic following a criminal sentence of 12 months or more, subject to complicated human rights exceptions. Basically, deportation is for criminals, whereas removal is for overstayers.

Both these provisions explictly allow children to be removed / deported along with their parents. These powers are likely to account for most of the 7,000+ children sent out of the UK over the past five years; others may be asylum seekers claiming to be under 18 but nevertheless sent back to an EU country under the pre-Brexit “Dublin” system.

But can children be deported (in the legal sense) in their own right, separately from their parent or guardian? Put another way, can the Home Secretary make and execute a deportation order against someone aged under 18 if they have committed a criminal offence or it is otherwise “conducive to the public good”?

The age of criminal responsibility is ten in England, Wales and Northern Ireland, and eight in Scotland. In principle, if not in practice, children who commit criminal offences in the UK can be deported in much the same way as adults.

Under-18s are exempt from automatic deportation, even if they commit a crime that would otherwise trigger it. But there is no such exemption for the section 3(5) discretion to deport someone. On top of that, section 3(6) of the Immigration Act 1971 allows a court to recommend that someone be deported if convicted of a crime “after he has attained the age of seventeen”.

The Home Office’s criminal casework team has an entire set of guidance devoted to this very issue: Managing foreign national offenders under 18 years old (pdf). The top line is:

Although FNOs who are under the age of 18 may be subject to deportation on the grounds of criminality in a similar way to FNOs aged over 18, they are children. This means they must be managed carefully through that process and in line with immigration enforcement’s obligations under section 55 of the Borders, Citizenship and Immigration Act 2009. This relates to promoting and safeguarding of child welfare…

The document goes on to say that, when considering whether deportation is conducive to the public good, “the guidelines… are the same as for adults”. These guidelines can be found in a separate guidance document (pdf) and say that deportation will be considered for:

That said, caseworkers are warned that “deciding whether to pursue deportation on conducive grounds… requires very detailed consideration of the child’s personal circumstances”. Children, like adults, can rely on the European Convention on Human Rights to fight deportation, and that requires consideration of a child’s best interests along with length of residence, age of arrival and other factors that may favour a child.

If officials do decide to kick off the deportation process for someone under 18, the process itself is “essentially not different from that applied to adults”. There are some concessions to age, including — rather poignantly — “child-friendly” deportation template letters:

Certain documents regularly used by criminal casework caseworkers in the deportation process have options added for use when the FNO is aged under 18. As far as possible, a simplified version of the key standard text has been created and these options must be included as directed on the case information database (CID) document generator template instructional text.

Caseworkers are also told that if the child raises a human rights claim to stay in the UK, “there must be an increased emphasis on direct personal engagement with the child to make sure they fully understand each stage of the process, and the decision itself once it is made and served”.

Once a decision to deport has been taken, though, the authorities will often hold off on formally serving it:

If you consider deportation to be appropriate, it may not be possible to serve a deportation decision until the child FNO approaches the age of 18. This is because immigration enforcement will not remove an unaccompanied minor from the UK unless they are satisfied there are adequate reception arrangements in the receiving country, or that the child can be removed with other adult family members who are subject to enforcement action for other reasons.

In the case of Yuri Mendes, a Portuguese boy convicted of a dozen offences in his mid-teens, the deportation order was served on his 18th birthday (see Happy birthday from the Home Office: you’re being deported).

Similarly, the guidance says that although the deportation process can begin while the person is still a child,

deportation will not usually go ahead until after the child has reached the age of 18. This is unless criminal casework are satisfied that there are adequate reception arrangements that can be made in the FNO’s home country, or in cases where the child FNO has adult family members with whom they are to be removed to the same country in due course.

So the guidance does envisage circumstances in which an unaccompanied child could be deported for criminal offending. It seems vanishingly unlikely that this takes places frequently, if at all, in practice. The Migrant Children’s Project at Coram Children’s Legal Centre says it hasn’t come across an attempt to deport someone while under 18. The official data on removals doesn’t say one way or the other: the figures on removal of foreign national offenders are not broken down by age. A Freedom of Information request might provide an answer.

Given that a child is likely to be approaching 18 anyway by the time they have accumulated a criminal record serious enough to warrant deportation, and the adverse publicity and heightened likelihood of legal challenge, it may suit the Home Office to just wait until the child turns 18 before trying to actually put them on a plane. Again, though, it would be interesting to know whether many people are being lined up for deportation in advance of their 18th birthday, and perhaps deported soon afterwards.

Children can be, and frequently are, removed or deported from the UK as collateral damage accompanying the removal or deportation of a parent. It is also possible, in principle, for under-18s to be deported on their own for criminal offending. Home Office policy says that deportation can usually “usually” wait until the child hits 18, but they can be considered for deportation earlier than that. Whether unaccompanied minors are ever deported in reality is impossible to tell from published statistics.