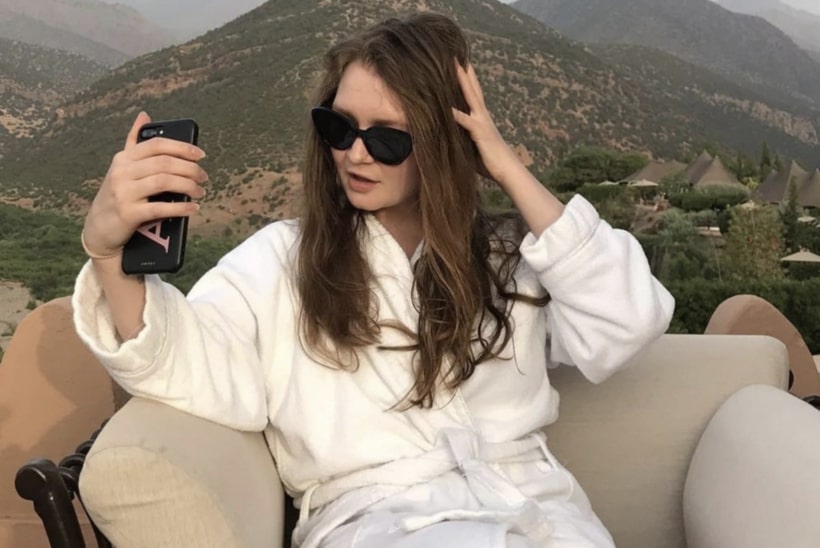 Anna Delvey (née Sorokin) is perhaps the most (in)famous con artist in the world. After bluffing her way into New York high society, she was eventually caught out, convicted of various offences including grand larceny, and received a sentence of 4–12 years in New York state prison (as well as a Netflix deal). Having served her criminal sentence Ms Delvey, a German national, is now in immigration custody in the United States — and looking for a new home. In a recent interview, Ms Delvey said that she would like to move to London following her deportation from the US. But can a convicted fraudster just up and move to the UK?

Business visas for the entrepreneurially minded

The first question is what sort of visa Ms Delvey would be likely to apply for. While she is extraordinarily skilled at fraud and deception, these talents are not really what qualifies someone for the Global Talent visa. That visa does have fashion design and film & television routes, which might fit with Ms Delvey’s new clothing line and forthcoming Netflix series. But she would need an endorsement from a recognised body (like the British Fashion Council): one imagines such organisations might be shy about deeming someone just released from prison a “leader” in the relevant field.

Perhaps, given that Ms Delvey has turned her criminal offending into a lucrative web of business deals, she might try her hand at the Innovator visa. She would again have to convince an endorsing body to give her the stamp of approval for her pitch. In Ms Delvey’s favour, she is an accomplished pitchwoman with a record of convincing businesses to support her, albeit by employing the daring coup de théâtre of lying about herself and her business interests.

If her new business dealings are sufficiently lucrative, she might be able to fork up the necessary cash (£2,000,000) for the Investor visa. If she chose this route, Ms Delvey should be advised that the Home Office procedure involves verification checks on documents, so she should take care not to repeat her habit of forging financial documents.

As an EU national, Ms Delvey would not, until very recently, have needed a visa to work and live in the UK. However, her release from prison came after the end of the implementation period on 1 January 2021. So far as UK law is concerned, she is now indistinguishable from any other third-country national. Even under the previous EU law regime, Ms Delvey could still have been excluded if the UK had demonstrated that she posed a sufficiently serious threat to public security and her exclusion was a proportionate measure. Post-Brexit, she now faces much more stringent rules on criminality that apply to would-be residents from both EU and non-EU countries.

As part of an application for any of the visas mentioned above, Ms Delvey would be required to disclose her criminal history and provide a criminal record certificate. The Immigration Rules are quite clear on what must be done with Ms Delvey’s application given her history:

(a) has been convicted of a criminal offence in the UK or overseas for which they have received a custodial sentence of 12 months or more; or

(b) is a persistent offender who shows a particular disregard for the law; or

(c) has committed a criminal offence, or offences, which caused serious harm.

In other words, Ms Delvey’s criminal convictions give rise (and will always give rise) to a mandatory ground of refusal, providing no discretion for the entry clearance officer. These rules have recently been tightened, having formerly allowed offenders sentenced to more than 12 months’ but less than four years’ imprisonment to have a hope of re-entry after ten years had lapsed since the end of their sentence. But as Ms Delvey was sentenced to 4–12 years, she would have been permanently out of luck even under the old rules.

Her only hope of fulfilling her London dream would be to avail herself of one of the narrow exceptions set out in Home Office guidance. Here, Ms Delvey is probably again out of luck. There is no suggestion that the UK has an obligation under the European Convention on Human Rights to let her in, and her convictions clearly were not politically motivated. Ms Delvey may be accumulating money now, but it is unlikely her potential investment in the UK would be so large that excluding her would go against the national interest. It is not apparent that there are any other truly compelling circumstances that would mandate Ms Delvey’s admission. And given how recent her convictions and sentence are, her circumstances would have to be especially compelling to countervail the presumption that her admission must be refused.

So the short answer is: no, Ms Delvey cannot move to the UK. No matter how famous they may become, foreign criminals are subject to one, exclusionary regime.

Elijah Granet is a lecturer and PhD candidate in law at Universität Bayreuth.