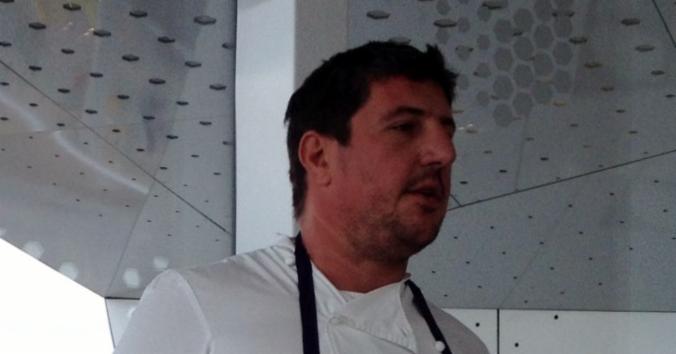 I have been in England for 23 years and today they have send me this …. I love Britain I considered until today like home but they just told me after 23 years of taxe paid /Vat paid Im not welcome-anymore WTF it’s going on in this world.. #thankyoubrexit @borisjohnsonuk did I do something wrong…?

You applied on 16 October 2019 for a document certifying permanent residence to confirm you are a European Economic Area (EEA) or Swiss national who has exercised Treaty rights in the UK for a continuous period of five years. I am writing to let you know that your application in the UK has been refused.

The reasons for refusal are unpublished but there is a lot that can be drawn out from this short passage. Long story short: this letter does not mean that Mr Bosi is being kicked out of the UK.

While the Home Office still accepts applications for permanent residence documents, it is an older type of settlement process designed for the UK being a member of the European Union. Nowadays, EU citizens are generally encouraged to apply to the Settlement Scheme instead, which is designed for Brexit. (It also covers citizens of Switzerland, Iceland, Norway, and Liechtenstein, but for convenience we’ll just talk about “EU citizens” in this article.)

A document certifying permanent residence is a legal term referring specifically to a document issued under regulation 19(1) of the Immigration (European Economic Area) Regulations 2016. Such a document allows EU citizens to demonstrate that they have the right of permanent residence in the UK — a status that will lapse once the Brexit transition phase that begins on 31 January comes to an end.

In this application process, the Home Office places the burden of proof squarely on the applicant’s shoulders. Officials will not (unlike under the EU Settlement Scheme) cross-check records with HMRC or other government bodies. An applicant for a document certifying permanent residence basically needs to put together a package of evidence that will satisfy the most pedantic of decision-makers that they, without a shadow of a doubt, fulfil the treaty rights requirements.

This type of application is onerous — the paper application form, notoriously, is 85 pages long. It also requires a lot of accompanying documentary evidence. If, for example. Mr Bosi failed to provide either a P60 certificate (if he was employed) or an HMRC self-assessment (if he was self-employed) for a particular year, then that would kill his application stone dead in the eyes of the Home Office.

Indefinite leave to remain is a much stronger status than a document certifying permanent residence issued under the EEA Regulations because it is issued under primary legislation which is not imminently going to be repealed. The EU Settlement Scheme is the government’s way of transitioning European residents onto the UK’s domestic system of immigration control so that when we withdraw from the European Union treaties — that is to say, when we Brexit — their presence in the UK will continue to be lawful. Even those who have old permanent residence documents must trade them in for settled status using the Settlement Scheme.

Contrasted with the application for a document certifying permanent residence described above, an application for settled status is, in theory at least, much easier and has much softer requirements.

The most important difference is that settled status only requires five continuous years of residence in the UK. It doesn’t matter what the applicant was doing in those five years. They could have sat with their feet up on the sofa for five years straight and still qualify if either Home Office databases detect their presence here, or they can provide evidence of residence such as council tax bills.

For these reasons, the Settlement Scheme is usually seen as the way to go for most EU citizens. But the Home Office still accepts both types of application, and a document certifying permanent residence can still be useful for people who want to proceed to British citizenship as soon as possible.

Being refused a document certifying permanent residence is no barrier to Mr Bosi re-applying, this time for settled status, and being granted the right to live and work in the UK after Brexit.