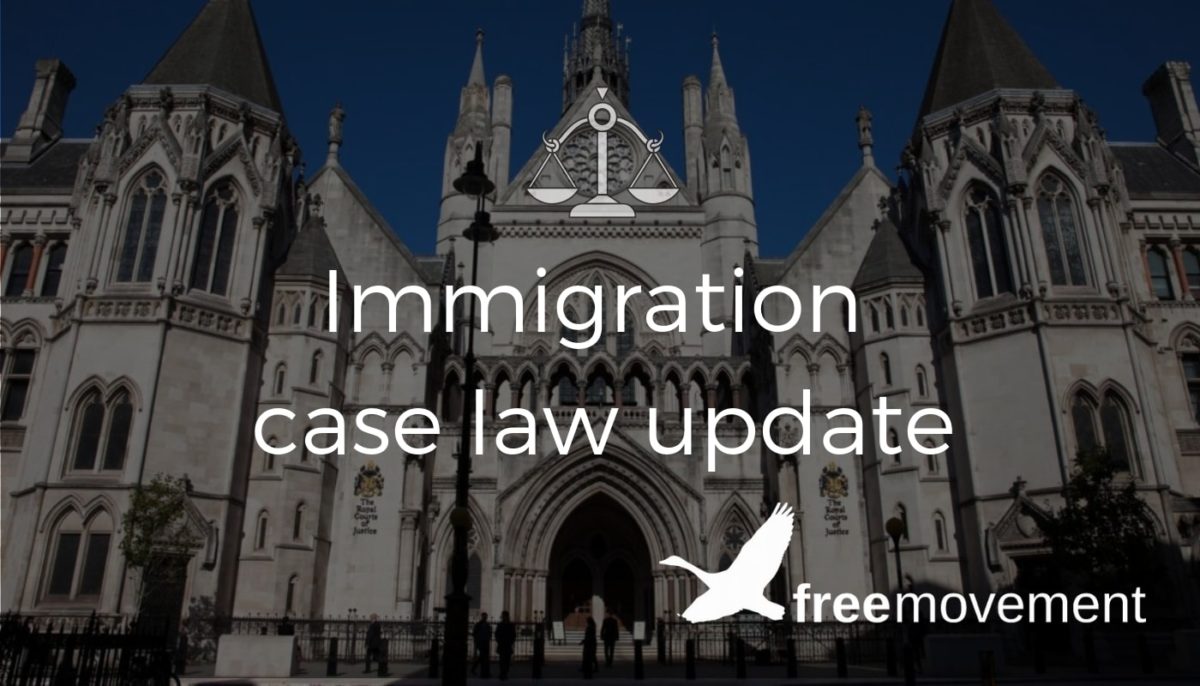 There have been complaints about “the law’s delay” since William Shakespeare’s time. Given the under-resourcing of the court system and complexity of the laws and regulations (on immigration in particular) handed down to them, judges these days can be forgiven if they do not race through their decisions. In our time it is the Home Office that is — or ought to be — notorious for the glacial pace at which legal decisions emerge, whether on child asylum seekers, family settlement or the right to be treated as a victim of human trafficking.

The recent case of R (O & Anor) v Secretary of State for the Home Department [2019] EWHC 148 (Admin) was about the latter. The issue, at Mr Justice Garnham put it, was

have delays by the Home Office in the process of making “Conclusive Grounds” decisions in respect of potential victims of human trafficking become so significant and so widespread as to be unlawful?

In a word, no. The court recorded that, as reported by the BBC the other week, over 2,200 people were waiting 12 months or more for a conclusive grounds decision on whether or not they were a victim of trafficking as of 1 November 2018. An internal Home Office review identified problems with the system as far back as 2014. The number of people referred for a decision has only increased since then, with the National Audit Office lambasting an “inefficient” process in a December 2017 report.

Garnham J said that “the Home Office can, in my view, fairly be criticised for being slow to respond to the growing number of referrals and the consequent delays in reaching Conclusive Grounds decisions”. But he found that the situation is improving, and “the simple fact of significant delays in the processing of Conclusive Grounds decisions does not, on these facts, establish unlawfulness”.

Despite the best effort of Nathalie Lieven QC, now a High Court judge herself, and two top junior counsel from Garden Court Chambers, he concluded that

There is no unfairness inherent in the arrangements and there is nothing inherently irrational in the system being operated.

The judgment cannot be taken as any kind of endorsement of the government’s processing of trafficking claims. The judgment acknowledges the evidence of delay and inefficiency, and the impact on the vulnerable people left to stew for months and years on end. But it does say that the Home Office is essentially doing its best and devoting resources to fixing the admitted problems with the system.