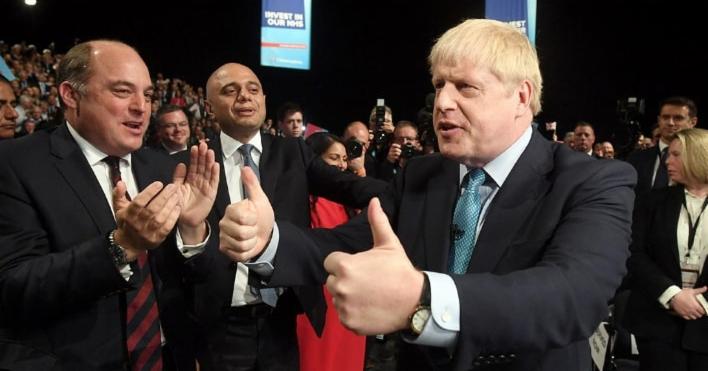 The Conservative manifesto: an “Australian-style points based system”

If the polls are to be believed, the manifesto that the Conservatives launched yesterday will be the legislative agenda for the UK’s next government. Whichever way you intend to vote in the upcoming election, it needs careful scrutinising to see what a Conservative victory could mean for the UK’s immigration system.

Did someone say “Australian points based system?”

There are certainly no prizes for guessing what is the key policy aim of a future Conservative government. The manifesto confirms that the Conservatives will, following Brexit, introduce an “firmer and fairer Australian-style points-based immigration system”. In case any doubt remained, Boris Johnson has made it part of his personal guarantee to voters.

No surprises there — this idea has been parroted by Johnson and the Tories for months now. What the manifesto does provide is a little more detail on what this system will look like. It will prioritise people who:

Not much to go on, but if I was to put money on it it’s looking likely that we will end up with a rehash of the Tier 1 (General) visa, which was closed — by the Conservatives — in 2011. If the Tories want to make good on their well-worn promise to “attract the brightest and the best” to the UK, they will need to heed the mistakes of the past.

The manifesto also confirms that “most” people will still need a job offer to come to the UK under this system. This indicates that the new points based system will be in addition to the Tier 2 employer sponsorship system rather than a wholesale replacement for it.

The Conservatives intend to “fix” the immigration system — an odd statement considering they have been in charge of it for the past nine years — by deciding who comes to this country “on the basis of the skills they have and the contribution they can make”.

The new system will create a level playing field between EU and non-EU citizens and will feature new immigration routes to fill skills shortages, attract innovators and “benefit Britain for years to come”. This includes the visas that have already been showcased over the last few months; the post study work visa for graduates, the NHS visa, the science and technology visa and the Start-up visa. (There is no namecheck for the Innovator visa that accompanied the Start-up route, possibly because new statistics due on Thursday will show that nobody is applying for it.)

Despite the Conservatives moving away from specific net migration targets, the manifesto optimistically stated that overall “numbers will come down”. They are promising fewer low-skilled workers in the UK so there is unlikely to be much improvement on the visa options provided in the immigration white paper.

Predictably, as this is a Conservative manifesto, it has its fair share of “strong border” rhetoric, promising they will not allow serious criminals into the country and will keep track of who is coming in and out. But like the manifestos released by the Lib Dems and Labour last week, they do intend to make the immigration system “more fair and compassionate”. They will continue to support and compensate Windrush victims and continue to grant asylum and support to refugees fleeing persecution, albeit with the aim of “helping them to return home if it is safe to do so”.

They make no bones about the fact that they will make it more expensive for foreign nationals to come to the UK. The manifesto states that migrants will contribute to the NHS via the Immigration Health Surcharge which will be increased to cover “the full cost of use”. This has previously been put as high as £800 per person per year, implying further increases from the £625 already announced.

They will also limit the access of EU nationals to benefits and housing in line with non-EU migrants.

Finally, the manifesto ignores the criticism of the EU Settlement Scheme, and seems to say that the scheme fulfils its promise to European residents of “guaranteeing their existing rights”.

What does this mean for the UK’s immigration system?

As most of the key announcements had already been publicised, the manifesto is short on surprises. The last few months has seen a deluge of new visas announced, an admission on the part of the government that the end of free movement will be damaging. It will necessitate a significant increase in immigration from countries beyond the EU to ensure public services and industries can still be adequately staffed.

The Conservative immigration policy is simply a reboot of a number of old visa routes — some of which were closed by the Conservatives as they were considered flawed and unworkable and did not fulfil the aim of “attracting the brightest and the best” to the UK. The fact that the party is presenting them as new ideas without any recognition that we have been here before is misleading. It also reveals a lack of real policy ideas on their part as to how exactly our immigration system can truly be “fixed”.