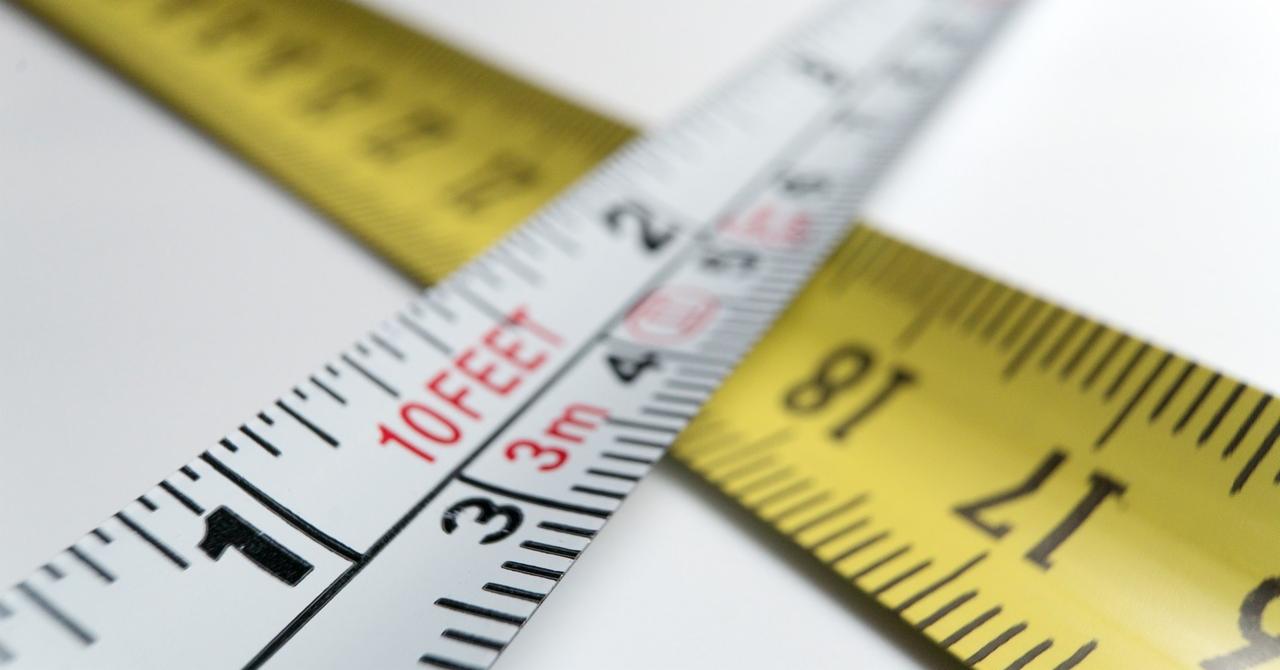 The claimant was a Belgian national with a history of criminal offending as a juvenile and several convictions for domestic violence as an adult. The Secretary of State made a deportation order against him under the 2016 EEA Regulations. MS did not appeal and was deported. He re-entered the UK on two occasions in breach of the deportation order, remaining in the UK since his last re-entry.

The claimant appealed to the First-tier Tribunal where his appeal was allowed on the basis that he had acquired permanent residence following five years of continuous residence in the UK and that he had been rehabilitated. The judge did not deal with the Article 8 appeal in any substance.

The Secretary of State sought and was granted permission to appeal to the Upper Tribunal due to numerous defects in the First-tier Tribunal’s determination.

The claimant’s solicitors filed a Rule 24 response (under the Upper Tribunal Procedure Rules 2008) seeking to defend the tribunal’s conclusions on the EEA appeal, and to “cross appeal” on the ground that it had failed to consider the claimant’s Article 8 appeal.

Until the morning of the first error of law hearing in the Upper Tribunal, the parties had assumed that the tribunal had jurisdiction to hear the claimant’s EEA appeal. That, however, was incorrect on the face of the EEA Regulations, which prohibit in-country applications to revoke deportation orders (by regulation 34(4)) and prevent refusals of such applications from giving rise to an in-country right of appeal (by regulation 37(1)(d)). I raised the jurisdiction point in my first skeleton argument because it seemed to me a rather large elephant in the room.

Several hearings later, the issues crystallised as follows: (i) whether the tribunal has jurisdiction to hear in-country appeal by an EEA national against a refusal to revoke a deportation order, and if so on what basis; and (ii) whether the claimant could cross appeal in the Upper Tribunal on the Article 8 ground without having sought permission to appeal from the First-tier Tribunal, considering the guidance in EG and NG (UT rule 17: withdrawal; rule 24: scope) Ethiopia [2013] UKUT 00143 (IAC).

This unfolded over 3 stages.

1. Was there jurisdiction to hear in-country appeals against refusals to revoke EEA deportation orders?

The claimant argued that there was jurisdiction because the restrictions in regulations 34 and 37 of the EEA Regulations should be read down so as to be compatible with human rights legislation.

The claimant cited certain comments of Michael Fordham QC, sitting as a deputy judge of the High Court, in BXS v Secretary of State for the Home Department [2014] EWHC 737 (Admin), where he discussed (at paragraphs 23 to 24) the need for the restrictions on revocation applications and appeals in the predecessor 2006 EEA Regulations to be applied flexibly if their enforcement would result in breaches of Article 8 or EU law.

But the Upper Tribunal accepted the Secretary of State’s argument that the 2016 Regulations have a built-in mechanism for preventing removals that breach human rights. Thus regulation 33 limits the circumstances in which removal can take place when an appeal is pending. It set aside the First-tier Tribunal’s decision on the EEA appeal and dismissed it for lack of jurisdiction.

This analysis was in keeping with Lord Justice Sales’ discussion of the pre-Immigration Act 2014 appeal framework at paragraph 30 of Amirteymour v Secretary of State for the Home Department [2017] EWCA Civ 353, which the claimant cited.

To avoid future misunderstandings, the Upper Tribunal made recommendations to the Secretary of State’s decision-makers:

It would be desirable if, henceforth, the Secretary of State were to make it plain in decision letters of the present kind that he is not only deciding an application by reference to 2016 Regulations but also refusing a human rights claim under section 82(1)(b) of the 2002 Act. Such an approach may well have assisted the parties and the judge in the present case.

3. Is a judge’s refusal to make a decision an appealable “decision” in itself?

The Secretary of State tried to raise a further hurdle to the claimant’s appeal being heard by arguing that the First-tier Tribunals refusal to deal with the Article 8 claim was not in fact a decision at all. The claimant refuted this on the basis that a “decision” for the purposes of section 11(1) of the Tribunals, Courts and Enforcement Act 2007 must include a refusal or failure to address a claim.

If the Secretary of State were correct, individuals would have no right of appeal against a wrongful decision by the tribunal not to deal with their appeals, with judicial review as the only a remedy. The Upper Tribunal concluded that the Secretary of State’s submission would lead to “complexity, delay and expense” and did not reflect the will of Parliament, and rejected it (at paragraph 47). In summary:

A decision by the First-tier Tribunal not to decide a ground of appeal constitutes a “decision” for the purposes of s.11(1) of the Tribunals, Courts and Enforcement Act 2007. It may therefore be appealed to the Upper Tribunal [see paragraph 61(i)].

The Upper Tribunal quoted at length from previous guidance in EG and NG. In outline, that case suggested:

The Upper Tribunal then departed from a central tenet of EG and NG and held that it can grant permission to appeal directly to a party that has not complied with the rules. It cited in support the general power in Rule 7(2)(a) of the 2008 Procedure Rules to waive any requirements to comply with the rules. Rule 7 was used in Ved and another (appealable decisions; permission applications; Basnet) [2014] UKUT 150 (IAC) to allow the appellants to seek permission to appeal from the Upper Tribunal directly.

The Upper Tribunal accepted the claimant’s submission that academic appeals (which confer no material benefit on a person) should be discouraged as contrary to the overriding objective and the finality principle in litigation. The key test is now whether there would be a material benefit to a person if they succeeded on the relevant, alternative ground.

For example, where a person seeks leave as a refugee and has their asylum appeal refused but their Article 8 appeal allowed, the Upper Tribunal would expect that person to seek permission to appeal from the First-tier Tribunal on the asylum ground within the relevant time limit because there would be a material advantage to the person if they were successful on their asylum appeal and recognised as a refugee compared with the grant of leave on the basis of Article 8.

The Upper Tribunal would be “very unlikely to be sympathetic” in its use of Rule 7 to people who:

In the end, the Upper Tribunal allowed the claimant to use a Rule 24 response to challenge the Article 8 ground on which he had not been successful in the First-tier Tribunal, notwithstanding the absence of permission to appeal.

That was because having succeeded initially (though erroneously) on his EEA appeal, there was no material benefit to him pursuing the Article 8 appeal. Challenging the refusal of his Article 8 appeal would have been academic (until the Secretary of State had been granted permission to appeal to the Upper Tribunal).

Where an appellant succeeds on one of their grounds of appeal, it is common practice for First-tier Tribunal judges to omit dealing with any alternative grounds. MS confirms that such omissions are, nevertheless, appealable decisions. If the alternative grounds that have not been dealt with would offer a benefit to the appellant compared to the ground on which they have won, the Upper Tribunal will expect the appellant to seek permission to appeal within the relevant time limit.

It is open to argument whether the mechanism in regulation 33 of the 2016 EEA Regulations provides sufficient protection against breaches of Article 8, given that it only applies where a person has filed an appeal. For those who do not have a pending appeal against an EEA deportation order, like the claimant, the 2016 EEA regulations offer no such protection from removal.

The Upper Tribunal has given itself the power to deal with permission to appeal directly, despite the rules (and primary legislation) suggesting it cannot do so. This was not an outcome that either party to the appeal contended for but a product of the Upper Tribunal’s making. Whether Rule 7(2)(a) of the 2008 Procedure Rules provides a reliable foundation for circumventing section 11(3) of the 2007 Act is questionable, to say the least.

It will be interesting also to see how the “materiality” test weathers over time given the ever-proliferating forms of leave and “settled status” and the fact that what is considered more or less advantageous may depend on personal circumstances.

(1) A decision by the First-tier Tribunal not to decide a ground of appeal constitutes a “decision” for the purposes of s.11(1) of the Tribunals, Courts and Enforcement Act 2007. It may therefore be appealed to the Upper Tribunal.

(4) If permission to appeal is required, any application for permission should be made to the First-tier Tribunal in accordance with rule 33 of the Tribunal Procedure (First-tier Tribunal) (Immigration and Asylum Chamber) Rules 2014, within the time limits there set out. This includes cases where the appellant has succeeded on some grounds but failed on others, in respect of which a material benefit would flow (see (2) above).

(5) There is, however, no jurisdictional fetter on the Upper Tribunal entertaining an application for permission to appeal, even though the condition contained in rule 21(2)(b) of the 2008 Rules has not been met, in that the First-tier Tribunal has not refused (wholly or partly), or has not refused to admit, an application for permission to appeal made to that Tribunal. Rule 7(2)(a) of the 2008 Rules permits the Upper Tribunal to waive any failure to comply with a requirement of the Rules. The guidance in EG and NG (UT rule 17: withdrawal; rule 24: Scope) Ethiopia [2013] UKUT 143 (IAC) is otherwise confirmed.

(6) The Upper Tribunal is, nevertheless, very unlikely to be sympathetic to a request that it should invoke rule 7(2)(a), where a party (A), who could and should have applied for permission to appeal to the First-tier Tribunal against an adverse decision of that Tribunal, seeks to challenge that decision only after the other party has been given permission to appeal against a decision in the same proceedings which was in favour of A.

(7) When deciding whether to make an anonymity direction, the starting point is that open justice is a fundamental principle of our legal system. Subject to statutory prohibitions on disclosure, any derogation from that principle should be allowed only to the extent that is necessary in order to secure the proper administration of justice. As a result, just as is the case in other jurisdictions, the parties in immigration proceedings should be named, unless doing so would cause harm, or create the risk of harm, of such a nature as to require derogation from the basic principle. In most cases involving international protection, anonymity of an individual will be required, lest the proceedings themselves should aggravate or give rise to such a risk. That will normally be the case throughout the course of the proceedings, including any appeals.

This article has been changed to remove the appellant’s name, in line with an anonymity order granted in the Upper Tribunal’s subsequent judgment remaking the decision in his case. 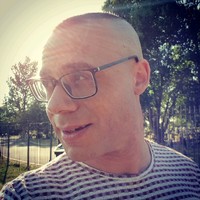 Ben is a business and public law barrister with the 36 Group and the founder and editor of Lawmostly.com. He gives expert legal advice on employment, immigration and commercial disputes to a wide range of clients.