In one of the earliest cases of the year, Secretary of State for the Home Department v Rodriguez [2014] EWCA Civ 2, the Court of Appeal has overturned the decision of the Upper Tribunal under the new president McCloskey J, Rodriguez (Flexibility Policy) [2013] UKUT 00042 (IAC).

Each application under Tier 4 (General) had been refused as each failed to supply evidence of bank statements sufficient to meet the points sufficient to satisfy the maintenance funding requirements of the Immigration Rules, Appendix C. Each argued that prior to the refusal of their applications, the Secretary of State had been obliged to apply her evidential flexibility policy which would have allowed them to remedy the deficiencies in their applications, which they had been in a position to do. The common issue was thus whether the Secretary of State was required to afford them such an opportunity before refusing their applications.

McCloskey J in the Tribunal had concluded that the Home Office’s evidential flexibility policy had marked a welcome and sensible shift from a mechanistic application of the rules towards one of greater flexibility, discretion and fairness and that the Secretary of State was under a public law duty to give effect in all cases to which May 2011 policy applied.

That policy stated that applicants would be contacted where mandatory evidence was missing from their applications and given the opportunity to provide this. McCloskey J also concluded that in relation to  other applications,  Home Office case workers and decision makers must be aware of and give full effect to its “Evidential Flexibility” policy document which in turn required  appreciation and exercise  of the discretionary powers within that policy to request further information from applicants in any case in accordance with established public law principles to give effect to that policy; to act fairly and rationally etc.

So far so uncontroversial? However the Court of Appeal overturned the Tribunal decision both with respect to the meaning of the May 2011 policy and the general intention behind the flexibility policy.

The Court observed that the language of the policy permitted the SSHD to accept such material but significantly did not require her to, i.e. she had a power to admit it but not an obligation to do so nor to seek it out. In any event the Court reminded themselves of the distinction between a substantively valid application and the mandatory evidence for such an application to be valid, i.e. an application would only be considered as being valid when all the mandatory sections had been completed and the failure to do so would mean that such an application would be considered as invalid at the outset without further consideration (per rule A34-34I see Sullivan LJ in Alam v Secretary of State for the Home Department [2012] EWCA Civ 960, [2012] Imm AR 974 at para 45).

The Court concluded that in respect of valid applications, the failure to provide specified documents sufficient to establish the required number of points could be rejected after substantive consideration. The policy noted that requests for information from the caseworker were not to be speculative and that there had to be sufficient reason to believe the evidence existed before the UKBA would make such a request per the policy (para [92]).  They concluded that to the extent that a ‘near-miss approach’ was invoked, such an approach was not open to the Appellants following Secretary of State for the Home Department v Raju [2013] EWCA Civ 754, [2013] 4 All ER 1043.

However this does not mean that the UKBA does not have to act reasonably and fairly in an application and cannot admit evidence not included with the original application but if you want to challenge that then it may have to be by way of judicial review. Remember to ask the UKBA to exercise their discretion to admit… 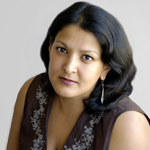 Sonali Naik is highly rated by peers for her work on immigration and asylum matters, she is regularly instructed on judicial reviews and cases before the Court of Appeal. She has recently been involved in country guidance cases relating to Iraq and Afghanistan and is "approachable and easy to work with."