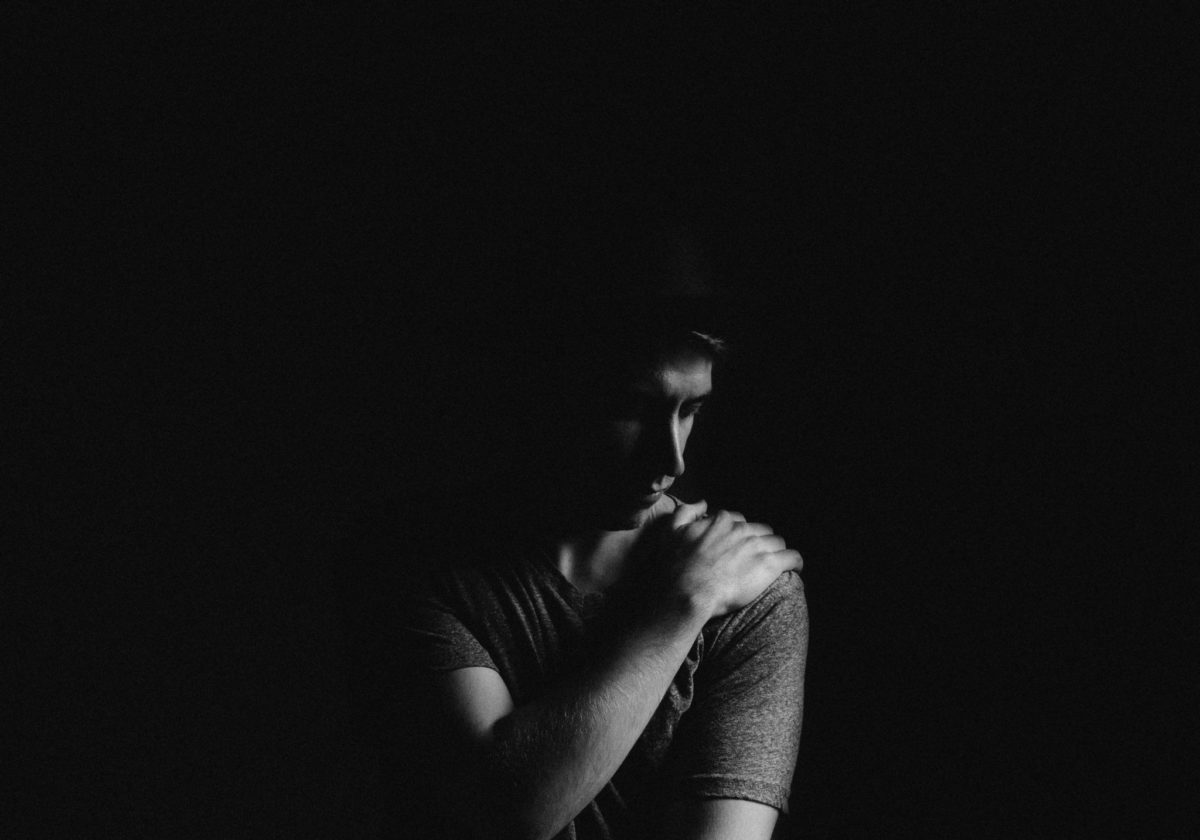 The United Nations refugee agency, UNHCR, has today released a new report auditing the Home Office’s procedure for deciding statelessness applications. The audit finds that there is considerable room for improvement in how the UK processes applications to stay in the UK by people who are not considered as nationals by any state in the world.

The possibility of applying for leave to remain as a stateless person was introduced to the Immigration Rules in 2013 in order to comply with the UK’s obligations under the 1954 Convention relating to the Status of Stateless Persons. Very few countries have a procedure for determining that a person is stateless, so it is good that the UK does at least try to provide a route to obtaining leave as a stateless person. But as the UNHCR report makes clear, there are some serious deficiencies in the current UK law and procedure relating to statelessness.

For an overview of how the statelessness rules work, see Nath’s explainer.  There is also an ILPA best practice guide, published in November 2016.

Burden and standard of proof

The UNHCR report takes the opportunity to remind the Home Office about the appropriate standard of proof in statelessness applications. The government’s position is that applications should be assessed on the balance of probabilities, whereas the UNHCR Handbook on Protection of Stateless Persons states that the more relaxed evidential requirements applicable in asylum claims should be used. In 2018, the UNHCR intervened in a Court of Appeal case to challenge the government’s position, but the court backed the Home Office.

The audit also found that Home Office decision-makers were not always complying with their duty to help applicants once they have exhausted all reasonable avenues for obtaining evidence themselves. The report states:

In the cases reviewed, UNHCR observed that where an applicant presented evidence which was “lacking or inconclusive”, decision makers did not always offer their assistance. In seven cases, where the applicant had made efforts, often with limited or no success, to visit or contact relevant foreign authorities in order to obtain confirmation regarding their citizenship status, the burden was placed exclusively on the applicant. The decision-maker did not “assist” the applicant in any cases by contacting relevant foreign authorities to enquire about the applicant’s citizenship status, as required by the policy.

In its response, the Home Office stated that caseworkers are now much more proactive in contacting embassies and high commissions to confirm the applicant’s evidence, or to obtain more evidence. There is some evidence that recently they may even have taken some decisions without waiting for a reply from a foreign authority, but in general practice in this area has been poor since 2013. Refusals typically accuse the applicant of not trying hard enough to get the necessary evidence, instead of considering how to help. See, for example, the case of R (Semeda) v Secretary of State for the Home Department (statelessness; Pham applied) (IJR) [2015] UKUT 658 (IAC).

Check your own files

Many, if not most, stateless people will have some experience of immigration detention. While a stateless person is detained, the burden of proof effectively lies on the Home Office: it needs to identify a country to which removal is possible within a reasonable time in order to comply with the Hardial Singh principles on lawful detention. Concerningly, the audit found that decision-makers were frequently failing to use evidence emerging from the detention process — such as a country’s refusal to document the person — when making statelessness decisions:

In five cases reviewed, the applicant had been detained after refusal of an asylum claim and prior to their statelessness application. During their detention, efforts were made by the Home Office to re-document the individuals via telephone interviews with the relevant competent authority in the individuals’ country of origin and via applications for Emergency Travel Documents (ETDs). In all cases, a review of the full file indicated that the stateless team did not fully examine the applicants’ immigration histories and therefore these attempts to re-document were not known about by the decision-maker making the stateless leave decision and were not collected as evidence.

In light of this failing, it is imperative that those assisting stateless people obtain their detention records using a subject access request and draw decision-makers’ attention to unsuccessful re-documentation attempts.

In its response, the Home Office stated that it did not routinely examine the full file because “many” statelessness applications are an abuse of the system by people who have a passport. The recent experience of practitioners is that the caseworker does not examine even the full representations, let alone the paper file. A triaging system designed to weed out hopeless applications has also mistakenly included applicants whose passports have become invalid or were never valid – even when that evidence is already on the Home Office file. This can lead to stateless people being refused without full consideration of their circumstances.

The audit praises the Home Office for actively pursuing evidence of the nationality law in various countries where not provided as part of an application. But it has not taken steps to prepare general information notes about nationality law to assist with statelessness applications:

UNHCR notes the limited availability of country information on statelessness. This made information less accessible to decision-makers, who were as a result, required to take more proactive steps to gather COI. However, no requests for COI where it was otherwise lacking were made to the Country Policy and Information Team (CPIT) in any cases audited. There were seven cases where UNHCR deemed that COI could have assisted the Home Office in establishing the credibility of material facts.

Given that nationality law is relatively static (at least compared to other types of country information), this is an area where an initial investment in high-quality country information would help applicants and save Home Office resources in the long term. Home Office policy staff have been promising this improvement for years, but it has still not been implemented.

Representatives should set out the relevant law themselves if possible, as well as attempting to obtain some written information from the relevant foreign authorities.

The audit identifies several missing procedural safeguards which would help to improve the process.

Firstly, UNHCR believes that all statelessness applicants should be interviewed by the Home Office, in the same way that asylum seekers are. The report describes the present situation:

Of the cases reviewed in this audit seven were interviewed. Of the 530 cases UNHCR were given to select from to audit, only 10 had interviews conducted, an interview rate of just under 2%. The overall proportion of cases in which stateless interviews are conducted by the Home Office is unknown. In particular, UNHCR was concerned to review cases where interviews were not offered and the applications were refused.

Interviews would give applicants a chance to explain often complex life stories and their efforts to obtain nationality from other countries.  Practitioners find that interviews can result in some credibility findings being revised, and factual points being cleared up.

The Home Office justifies its position by again claiming that there is a high proportion of abusive applications. Given that, with representation, a relatively high proportion of first decisions are overturned, it is very hard to judge whether that claim is correct.

The methodology for selecting cases did not include a consideration of whether or not a lawyer was involved, and it is not a statistical sample. Still, it is interesting that of the 36 applications that were fully audited, 18 had a legal representative, of which six were granted. Of the other 18, where there was no legal representative involved, just one was granted.

Finally, the audit concludes that there should be a right to appeal negative decisions to the First-tier Tribunal.  The administrative review procedure is not satisfactory because it can fall into the same errors as the original decision-maker, fail to identify caseworker errors raised by the applicant and fail to identify other errors which the applicant does not raise.  Practitioner experience is that the administrative review procedure can come to reasonable conclusions, but that is in response to a detailed, carefully argued request for a review by a lawyer. It seems almost bound to fail the unrepresented applicant.

At present, if an administrative review is unsuccessful. applicants must apply for judicial review for lack of an appeal route. Judicial review is a complex process and not suitable for determining the factual issues which commonly arise in statelessness cases.

The UNHCR report is a fair and balanced appraisal of the UK’s statelessness determination procedure. The existence of such a procedure is worthy of praise, but after seven years in operation it is clear that there are many ways that it could be improved.

The primary concern of UNHCR is the welfare of stateless people, but its recommendations would also benefit the Home Office by making decision-making more efficient. That would reduce the expensive and pointless detention of stateless people, cut the number of statelessness applicants relying on asylum support, and allow stateless people to start living — rather than just surviving — in the UK.

This article was co-authored with Judith Carter of Liverpool Law Clinic.