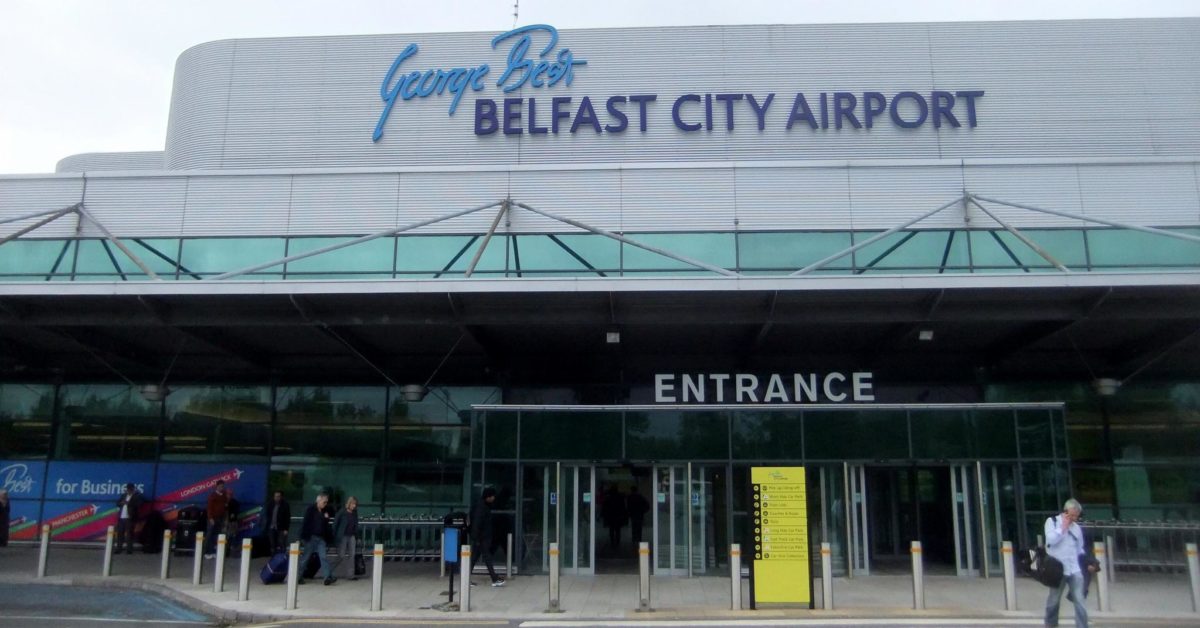 The status orange weather warning was justified. On Stormont Hill in east Belfast we were exposed to the full blast of Storm Boris as it blustered fiercely around us.

So the Irish Times opened its report on the recent visit of the Prime Minister to Belfast.

However fierce Storm Boris may have been, the content of the New Decade, New Approach agreement struck a conciliatory tone from the perspective of family migration. Indeed, at the risk of mixing our metaphors, the offer of improved family reunion rights for people from Northern Ireland represents an olive branch moment, so rare in a UK immigration system in which stormy weather has become the norm.

The text of this olive branch states as follows:

The [UK] Government has reviewed the consistency of its family migration arrangements, taking into account the letter and spirit of the Belfast Agreement and recognising that the policy should not create incentives for renunciation of British citizenship by those citizens who may wish to retain it.

This immigration status will be available to the family members of all the people of Northern Ireland, no matter whether they hold British or Irish citizenship or both, no matter how they identify.

What are the implications of this for people from Northern Ireland hoping to sponsor family members for visas?

Past restrictions on sponsoring family members

On 11 June 2012 the UK government published a Statement of Intent on family migration.

Amongst other matters this heralded the introduction of the minimum income rules making it more difficult for British citizens to bring non-European spouses and other family members to live in the UK. Hot on the heels of that statement, and somewhat overshadowed by it, the government snuck out the Immigration (European Economic Area) (Amendment) Regulations 2012.

These amending regulations implemented the case of C-434/09 McCarthy v Secretary of State for the Home Department. That was the case in which the Court of Justice of the European Union held that dual nationals living in a country of their nationality who have never exercised free movement cannot rely on EU family reunion rights.

Since McCarthy and the 2012 amendments to the EEA Regulations, broadly speaking dual EU/British citizens could no longer rely in any straightforward way on the EEA Regulations to sponsor family members. The effect of the amendment was that they were treated as solely British and had thus to sponsor relatives under the UK Immigration Rules as opposed to the more liberal EEA Regulations. The addition of the minimum income requirement to those Rules, along with other tightening measures, increased the disadvantage to families operating under the UK rather than the EU rules.

People from Northern Ireland were particularly likely to be affected, as many had — like Ms McCarthy — relied on their Irish citizenship to sponsor family members.

As I recall, the possibility of a judicial review challenge to the 2012 changes was discussed by some lawyers in Northern Ireland, but the consensus was that it would be unlikely to succeed.

The workaround: renunciation of British citizenship

These changes caused me some disquiet, as in 2012 I had an ongoing caseload built up to large extent on family migration under the EEA Regulations primarily consisting of Northern Ireland-born dual Irish/British citizen sponsors and their family members. Dual nationality had to that point never been an issue for the Home Office. The Secretary of State accepted on face value that the application was being sponsored by an EU citizen if the sponsor produced an Irish passport (the form did not at that time ask if other nationalities were held).

Furthermore, many dual Irish/British citizens family members continued to be issued with status under the EEA Regulations post the 2012 amendment, only finding out that this had been in error when making renewal applications, often five years later.

As representatives we all scan through the Home Office fees list from time to time. The renunciation of British nationality fee was always there, although until 2012 I had never had any clients that I considered candidates for renouncing. It had always appeared that British citizenship was a benefit (the nationality issue in Northern Ireland also being one of historical sensitivity).

From the summer of 2012, I rapidly found that the benefits of renunciation were real and vastly beneficial in several aspects. Dual citizens renouncing their British nationality to become only Irish meant that sponsoring family members became cheaper and simpler. It also meant that the minimum income rules were not applicable. This is what the olive branch means when it refers to “incentives for renunciation of British citizenship by those citizens who may wish to retain it”.

Renunciation of course was not the path for everyone. Broadly though it was my experience that casework proceeded for many years on the basis that clients were advised of the terms to meet under the UK Immigration Rules, and that access to the more generous EEA Regulations was not an option unless the sponsor elected to no longer be a British citizen, the Home Office requiring a formal declaration of renunciation to be made and registered with them upon payment of a fee.

Enter then US citizen Jake De Souza, whose family reunion case reactivated the interest in the position in Northern Ireland. Much has already been publicised about his case and the position of his spouse, Emma De Souza. She is Irish and, at least under the law as it stands, British. The couple, whose case is currently the subject of an onward appeal from the Upper Tribunal, were unable to get an EEA residence card because of McCarthy and unwilling to renounce Ms De Souza’s British citizenship because that would be, in her view, to accept the premise that she held it in the first place.

This brings us back to Boris and the commitment publicised during his Belfast visit. It does not satisfy the legal argument that Emma De Souza is pursuing, i.e. that she as a consequence of the Good Friday/Belfast Agreement is not automatically British.

But the commitment does appear to satisfy the immigration aspect of the case. If brought into force the commitment, as worded, would it seems allow her husband to apply and be issued with an EEA residence card. On the same basis, Mr De Souza could in my view also make a successful application under the EU Settlement Scheme. Quite an achievement!

Can the De Souza olive branch be taken as an admission that the previous family migration rules were inadequate to implement the “letter and spirit of the Belfast Agreement”?

Divergent opinions are emerging here in Northern Ireland. Some believe it is such an admission, even suggesting that as a result those who did previously renounce should be refunded the fees paid to the Home Office at the time and given a simple route back to citizenship. In which case, what about those in Northern Ireland so attached to their British citizenship that they were excluded from the EEA Regulations post McCarthy? They bore a massive financial and procedural disadvantage compared to those who renounced, having had to go via the UK Immigration Rules.

Of course it may be that more than just the people of Northern Ireland feel they have been disadvantaged. There will be many Irish citizens born in Great Britain who are dual nationals. The commitment as written discriminates between Northern Ireland-born British/Irish citizens and, let’s say, the second generation Irish from Kilburn High Road. Indeed it would not have benefitted Ms McCarthy, who was born in England.

Who are the people of Northern Ireland?

The commitment explicitly refers to the family migration rights of “the people of Northern Ireland”. This is not a vague phrase, but one defined by the Good Friday/Belfast Agreement as meaning “all persons born in Northern Ireland and having, at the time of their birth, at least one parent who is a British citizen, an Irish citizen or is otherwise entitled to reside in Northern Ireland without any restriction on their period of residence”.

It does not, in other words, cover dual British/Irish nationals who move to Northern Ireland. On the other hand, it would seem to cover Northern Ireland-born people who have moved to Great Britain and wish to sponsor family members there.

All that being said: the commitment is not a law. It is a political promise to change the law in future. It will only be possible to say exactly who it benefits when a draft legal text to put that promise into practice is published.

But it does not address the more complex situations thrown up by the interaction of McCarthy with the EU Settlement Scheme. For example, the Settlement Scheme excludes people who have residence rights as the family member of a dual national from before McCarthy and who were able to keep those rights because of transitional provisions in the EEA Regulations.

An additional issue is the situation of family members whose sponsors have died. This is a worry for two current clients whose Irish national spouses sadly passed away within 12 months of their sponsor’s renunciation of British citizenship (the renunciations had been made as a last resort and reluctantly essentially as a result of the incentive to renounce that exists).

Such delicate cases demonstrate the arguable need for the changes to family migration to be retrospective in application if the government’s commitment is not to fall short of its stated intent.

On the other hand, if the changes were to be made retrospective, the ramifications I believe would go beyond immigration law alone. It is hard not to see how past restrictions on affected migrants claiming public funds would not be open to challenge. Thus the financial cost and consequences of an (allegedly) inaccurate implementation of the Belfast Agreement could spread out into a whole raft of social security and tax credit matters, not forgetting claims for refunds of the Immigration Health Surcharge.

What should immigration lawyers with clients from Northern Ireland do now?

Even if we assume that changes will not be retrospective, there may be opportunities for families who have previously run the gauntlet of the Immigration Rules. Representatives would be well advised to review past files. There would be many past clients who had in the past had elected not to renounce and who have family members who arrived under applications via the Immigration Rules. They would have the option essentially to ‘jump ship’ or ‘switch’ once the commitment given by the government is realised and in effect.

Some of the advantages of this switch would be:

The list could go on! The EU Settlement Scheme, for those that can avail of it, is clearly superior than the comparative position under the EEA Regulations and vastly superior to the position for those who seek, or who have obtained, indefinite leave to remain under the Immigration Rules. 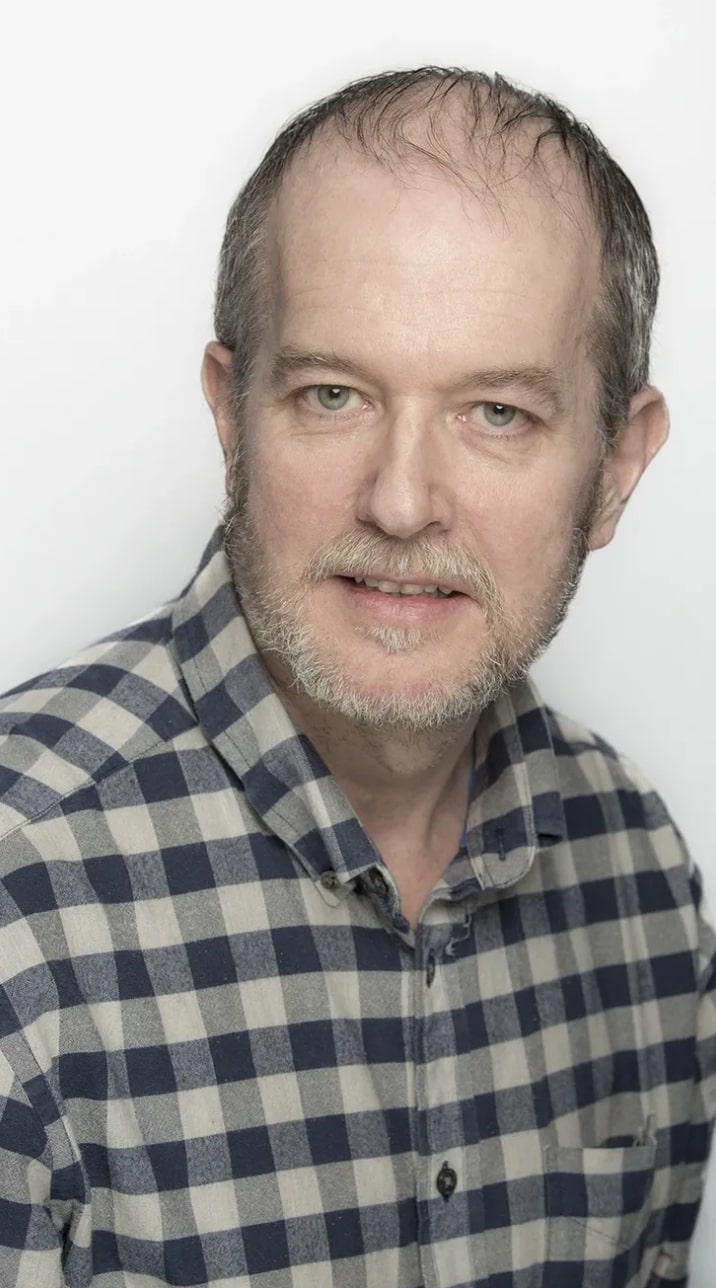 Simon Barr is an immigration lawyer based in Belfast. He is OISC regulated at level 3 in appeal advocacy and complex/specialist immigration casework.