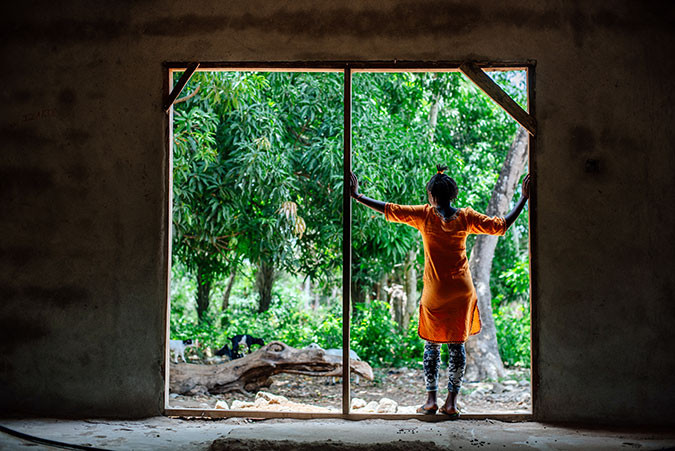 Readers may be forgiven for thinking that, where the Family Court finds that a person is at risk of female genital mutilation and makes a Female Genital Mutilation Protection Order (FGMPO), it will feed into the asylum consideration process. Not so. Or, perhaps more accurately, not necessarily so.

The case concerned two appellants from Sierra Leone and the Gambia. The first appellant, GW, was the subject of an FGMPO, as were the minor children of the second appellant, FM.

The Upper Tribunal found that two First-tier judges had erred in attaching no weight to the FGMPOs in GW’s case, which had been made following an investigation by the Metropolitan Police Service and a substantive hearing before a High Court judge. But in FM’s case, the tribunal found that no weight could be given to the FGMPO as it had been based on the “thinnest conceivable evidential basis”, and without reasons.

This was the first case to bear directly on the issue of the significance to be attached to FGMPOs in immigration proceedings (the obverse of the situation considered in SSHD v Suffolk [2020] EWCA Civ 731, on the relevance of immigration tribunal findings on FGM in the Family Court). The judgment contains a helpful summary of the relationship between the family courts, the Home Office immigration decision-making process and both chambers of the immigration tribunal.

The tribunal also took the opportunity to provide the first country guidance on FGM and women in Sierra Leone, reproduced below.

2) Where a person (“P”) seeks international protection in reliance on a threat of FGM in a country to which she might otherwise be lawfully removed, the fact that an FGMPO is made to protect P against such a threat is likely to be a relevant consideration in the assessment of P’s protection claim. That is particularly so when the FGMPO has extraterritorial effect in the proposed country of return.

3) Where P is subject to immigration control, a judge sitting in the family jurisdiction cannot restrain the Secretary of State for the Home Department from removing P from the United Kingdom. That applies equally to FGMPOs as it does to other orders issued in family proceedings.

4) Neither the respondent nor a judicial decision-maker considering P’s claim for international protection is bound by an FGMPO or by the judgment which precedes it. That decision has no precedential effect in the protection appeal: SSHD v Suffolk County Council & Ors [2020] EWCA Civ 731; [2020] 3 WLR 742.

5) Neither the FGMPO nor the judgment in the family proceedings provides a default position or a starting point, in the Devaseelan [2003] Imm AR 1 sense, for the assessment of the claim for international protection; and principles of judicial comity do not require a judicial decision-maker who is considering P’s claim for international protection to reach the same findings of fact as the judge who made an FGMPO to protect P.

6) An FGMPO made in favour of P is, instead, a potentially relevant matter in the assessment of P’s claim for international protection. To determine the weight which should properly be given to the FGMPO, a judicial decision-maker should consider:

(i) the extent to which the Family Court’s assessment addresses (‘maps over’) the same or similar factual issues to those considered in the protection appeal;

(ii) the extent and the cogency of any reasons given by the Family Court for making the order; and

(iii) the similarity of the evidence before the Family Court and the judicial decision-maker in the protection appeal.

7) Even in cases in which it is appropriate to attach significant weight to judicial assessment in the family proceedings of the risk of FGM in the proposed country of return, it remains for the judicial decision-maker in the protection appeal to consider whether there might be a sufficiency of protection or an internal relocation alternative in that country. In considering the former question, the existence of an extraterritorial FGMPO might in itself provide a measure of protection on return.

8) Where P seeks international protection in reliance on a risk of FGM and her claim is refused by the respondent, the fact that an FGMPO is subsequently made in P’s favour is not a new matter for the purpose of s85 of the Nationality, Immigration and Asylum Act 2002.

9) Sierra Leonean women are today among the most marginalized in the world, socially, economically and politically.

10) The Bondo society, which is extremely powerful and influential in Sierra Leone, has an entrenched role in tribal and political life in the country, and membership confers social status and respect, even opening doors to tribal chief posts and government jobs. It continues to play a leading role in the social, religious and political life of communities. It is an integral part of life in Sierra Leone. Politicians are at pains to gain the support of Bondo societies and thereby the votes of those under their influence. The power of the Bondo society and relationship between the Bondo society and politicians ensures that the authorities typically do not get involved in the issue of FGM. Male interference in Bondo Society matters is ‘known’ to have terrible consequences – like disease and death or developing an extended (‘female’) scrotum, or “elephantiasis of the testicles.” Neither state courts nor members of the police are likely to intervene in cases involving initiation into Bondo which has its own laws that are more effective and inescapable than state law.

11) Bondo societies exist in every village and town across Sierra Leone and are a vital communications link between politicians and rural communities. Whether a girl/woman is a Christian or a Muslim has little influence on her risk of being subjected to FGM and initiated into the Bondo society. Rather, this will depend on her ethnic identity/identities and on the traditions and customs of the ethnic and local group/s she and her parents belong to. Where marriages between Fula women and Krio men are concerned, the Fula wife will often insist on maintaining her Fula traditions and customs because as a dispersed diaspora, the Fula are particularly keen on upholding their traditions also in interethnic marriages which are less common among the Fula than among other groups.

12) Excision takes place within the context of a secret society-”the Bondo Society. Excised women and girls automatically become members of the Bondo, which is operated by “powerful” women called ‘Digba’ or ‘Sowei’ who have consistently laid claim to cultural expertise with regard to the practice.

13) Girls and women are expected to have undergone the Bondo initiation ceremony before marriage, and are ostracized, called names, and even abused, if they do not. It is a cultural norm in Sierra Leone. If a young woman has not been “cut” before the age of 18, she can still be subjected to the process, either forcibly or by choice. She is still expected to undergo the initiation and FGM in order to be eligible for marriage.

14) Soweiship is often hereditary and handed down from generation to generation. The institution itself is synonymous with women’s power, their political, economic, reproductive and ritual spheres of influence. Excision, or removal of the external clitoral glans and labia minora, in initiation is a symbolic representation of matriarchal power. The ban on FGM during the Ebola crisis is not continuing. Once the Ebola crisis was over in 2015 there was a return to ‘business as usual’.

15) The overall effectiveness of the police in providing protection is limited by endemic corruption and a lack of resources. A number of NGOs campaign for the abolition of FGM, but these generally work in advocacy, and would not be able to provide protection. There are women’s organisations in Sierra Leone making efforts to improve women’s position in society, but they do not function as shelters. With millions of Sierra Leonean women suffering violence these NGOs are unable to protect women from domestic and sexual violence perpetuated against them within their own families and communities.

16) A young single woman without family support is at high risk of destitution, exploitation and abuse resulting from her unwillingness to adhere to the customs of the Bondo Society, which result in her marginalisation. Single women in particular are in need of family support and a male companion in order to be able to live a relatively secure life away from home, which may be impacted by the lack of initiation by way of undergoing FGM. This is true for towns and villages alike, the latter being even less accessible because people tend to live a more traditional life there than in towns. They live in clans and extended families which would have no access to and which do not let strangers become members. Whether in urban or rural areas, it is not possible for a single young woman to find protection and accommodation without a reliable kin/ethnic/social network if as a result of her decision to reject initiating to the Bondo society, thus undergoing FGM, would lead to them being marginalised by their family members and their ethnic/social network. There is an efficient civil registration system. The National Civil Registration Act 2016 establishes the National Civil Registration Authority and requires every Sierra Leonean to register. This makes it easier for people to be traced.

17) Those at risk of FGM with mental health problems are likely to experience stigma and discrimination and lack of appropriate treatment. Mental illness is extremely stigmatized and the one psychiatric hospital continues to suffer from stigmatizing and severe underfunding. However, this is only the case, if the stigma results from the subject’s family/ethnic and social support system.  And if as a result of deciding not to be initiated to the Bondo Society, the subject is marginalised to the extent that they would be unable to avail themselves of adequate access to such medical facilities by virtue of their lack of access to work, economic destitution, and their inhibited ability to secure support from their community. There are only two psychiatrists, two Clinical Psychologists and 19 Mental Health Nurses in a country of seven million people.

18) Women who are not compliant with or are perceived as rejecting cultural norms for women in Sierra Leone, including rejecting the Bondo society and refusing to be cut are a ‘particular social group’. 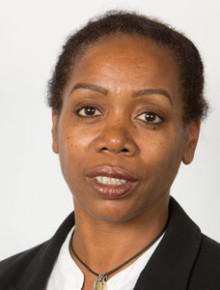 Grace represents clients in a wide range of immigration cases but her specialisms include cases involving gender-specific persecution, domestic violence, the rights of the child and family migration. Increasingly, her work overlaps with other areas of law including civil, education and other areas of public law. She has an empathetic but efficient approach to her cases which has proven effective and constructive.