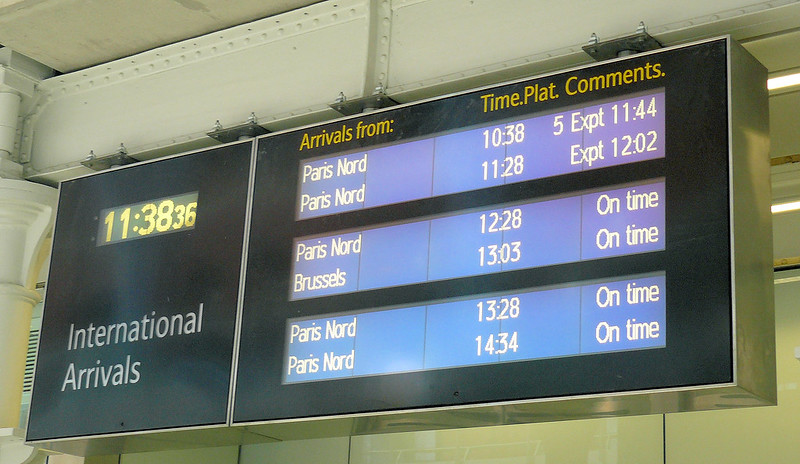 Add to favorites
Hubs / EU Free Movement / What is a frontier worker perm ...

With weeks to go to the end of free movement on the rather apocalyptic sounding “IP Completion day” (the end of the implementation period, at 11pm on 31 December 2020), the post-Brexit immigration system is finally beginning to take shape. We now know that there will be another new visa available from 1 January 2021, one aimed at cross-border or “frontier” workers.

Frontier workers are people who work in one country but who live primarily in another. Free movement laws enabled this working pattern to develop and flourish within the EU, but Brexit has left frontier workers who commute into the UK in a precarious position.

Many frontier workers will be able to secure long term status under the EU Settlement Scheme or get an intra-company transfer visa. But for those who are not eligible for these schemes, the Brexit Withdrawal Agreement offers some protection. Under its terms, the UK has to ensure that frontier workers who began working here before the end of the implementation period can continue to do so once free movement comes to an end.

Who will be eligible for a frontier worker permit?

Regulation 3 gives us the key definition. For the purposes of getting a permit, a frontier worker is someone who met the following criteria before 31 December 2020 and has continued to meet them since:

So the frontier worker permit will only be available to those who begin working in the UK before 31st December 2020 and who continue in this working pattern until they come to apply. Interestingly, there is no deadline for making an application, so the frontier worker permit may function as a handy backup option for EEA nationals who need to move into this category once they are unable to qualify in another. More on this in a moment.

What does “not primarily resident” mean?

This is set out by paragraph 3 of regulation 3. Someone will be considered as not primarily resident in the UK if at a “particular point in time” they can show one of the following:

This is why the permit may end up being a bit of a safety net, particularly for people who have pre-settled status and who fail to qualify for settled status before their five-year visa expires. Provided they have remained working in the UK during this period and made the odd trip home every six months, a frontier worker permit may offer them an option to retain a UK immigration status.

How often do you have to come to the UK to qualify?

On the flip side, just how little time will someone need to spend working in the UK in order to qualify for a permit? For instance, will a business visitor be able to secure a frontier worker permit if they only come to the UK once a month or even less often?

The answer is unclear from the regulations alone. We will need to see Home Office guidance for further clarity. It will depend to a large degree on how the Home Office interprets who is and who is not a “worker”. The regulations only state that they will follow the meaning of a worker under Article 45 of the Treaty on the Functioning of the European Union which preserves the right of free movement of workers across the EU. Under EU case law, work must be “genuine and effective” to benefit from free movement rights, but there is little consensus about how this translates into hours on the job.

There has been little thought so far given to EU workers who need to travel into the UK for business visits and whose activities go beyond the current range of permitted activities that visitors can do whilst in the UK. The strict prohibition on productive work under the Immigration Rules means that such people need a viable visa option. It would be a welcome relief if the frontier worker permit could meet some of that need.

How do you “retain” frontier worker status?

This is set out fully in regulation 4. It allows a worker to retain their frontier worker permit if they have had to stop working due to a range of circumstances. These include stopping work due to illness or an accident, unemployment, vocational training, pregnancy or childbirth.

Someone falling into one of these categories can retain their frontier worker permit for two years (or six months if they have stopped working due to unemployment after working in the UK for less than a year).

What do we know about the application process?

We know it will be online, via the gov.uk website. Applicants will need to submit evidence of their identity and their frontier worker status. They will receive an electronic status rather than a physical ID card, probably along the lines of what is granted under the EU Settlement Scheme.

The application process will open after the end of the implementation period. Frontier workers will not need a permit to enter the UK until after 30 June 2021 — so they will have the six-month grace period between January and June 2021 in which to apply.

What do you get if successful?

If approved, the frontier worker permit will be valid for five years for workers, but only two years for the self-employed and workers who have retained frontier worker status under regulation 4. If someone ceases to be a frontier worker they are at risk of having the permit revoked and being removed from the UK.

The permit does not confer leave to enter or remain under the Immigration Act 1971; the holder will be exempt from immigration control. It will, however, constitute a right of admission to the UK.

It therefore does not lead to indefinite leave to remain (settlement) in the UK. The permit can be renewed but it’s not likely to allow the holder to clock up time towards a ten-year long residence application due to the strict absence criteria. Anyone wanting to secure long term status in the UK will need to consider their options under the EU Settlement Scheme or the general work visa system.

Can applications be refused?

Loss of frontier worker status can lead to an application being refused, as can reasons of public policy, public security or public health.

An application can also be refused under regulation 20 on the ground that there is a “misuse” of frontier worker rights. This is a sort of genuineness test: there will be a misuse of rights if someone intends to “obtain an advantage from these Regulations by engaging in conduct which artificially creates the conditions required to satisfy the criteria set out in these Regulations”. Likewise if an applicant “observes the requirements of these Regulations in circumstances which do not achieve the purpose of the withdrawal agreement”.

This provision is pretty vague and offers the Home Office plenty of leeway to refuse an application. There needs to be much more clarity on this, particularly as the definition of who is a frontier worker is so wide-ranging that someone could easily meet it but then be deemed to be “misusing” the regulations.

Administrative review and appeal rights will be available once the regulations are in force from 31 December 2020.

Whether the frontier worker permit is a panacea for cross-border working remains to be seen. There is plenty of flexibility within the regulations to cover a whole host of working patterns and the benefits of a permit that can be renewed indefinitely are extensive when compared to trying to get a regular visa, as workers from the EU will otherwise have to do from January 2021.

As these permits will only be available to those who start working in the UK before the end of the year, now is the time for cross-border workers to consider whether it might work for them. As with so many things Brexit-related, the clock is ticking.