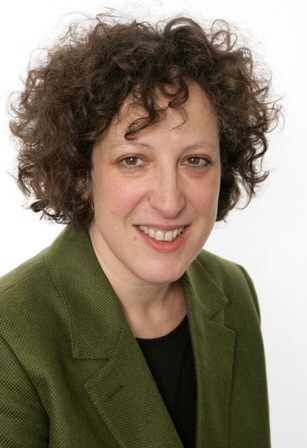 Gail Elliman was first and foremost a fantastically warm, funny and compassionate human being. She was also a socialist, a feminist, a lawyer, a trainer, an immigration judge and a coroner. Tragically, she died on 19 October 2014 at the age of 53.

I did not know Gail well enough to write a proper obituary and a closer friend of hers, Gary McIndoe, says that she wanted no memorial (In memory of Gail Elliman). I had such huge respect for Gail, though, that I feel I cannot left her death go unremarked here.Gail worked at the United Kingdom Immigrants Advice Service, later reborn as the Immigration Advisory Service. As I joined IAS and started my training fresh out of Bar school in 2000 a previous generation of lawyers had just left, including Glen Hodgetts, Richard McKee and Gail, all from the IAS Tribunal Unit. Gail was still there to deliver some of my training, though, and that was how I first met her. Her answer to a classic trainee question has always stayed with me. Asked whether she thought an example Home Office asylum decision was “right” or not she answered by saying the only way a lawyer could judge a decision was by applying legal principles: if the decision abided by those principals it was legally sound and whether it was “right” or not did not matter.

I once went round for lunch with her and her partner Ian in East London. On learning I lived in Camberwell they did me the huge favour of introducing me to Alabama 3, a band whose music I now love and one of the relatively few groups I’ve bothered to go and see play live outside a music festival. Gail wasn’t all about the law.

After that my catching up with Gail was done at Exmouth Market outside Taylor House in London, where she sat as an immigration judge, and at occasional immigration law gatherings such as EIN meetings. I remember her telling me she was considering applying to be a coroner. Always thorough, she had already done quite a bit of shadowing first to make sure she knew she understood the work and what it required. My absurd response was to comment that the area of work might be a bit morbid and upsetting. As she pointed out, it is so, so easy to forget how death and injury hangs over our asylum work. In later encounters with Gail it was clear she really enjoyed her work as a coroner, taking great satisfaction from it.

Gail was a very human judge, and all the better for it. Long before becoming a coroner, she understood that she was dealing with real human beings who acted in unpredictable and sometimes inexplicable ways. Her knowledge of immigration law and practice was immense but she knew that good judging was much more than an abstract exercise. She had no time for the preordained, prepackaged models of behaviour so beloved of the Home Office (‘a real refugee would have…’, ‘a real persecutor wouldn’t have…’ and so on). She also let her irritation show when she felt an advocate was letting down his or her client. That certainly included some of those representing the Home Office. She was very widely respected, though, and a Presenting Officer very kindly got in touch through the blog to express his and his colleagues’ sadness at her death and extend sympathies to her partner and family.

Gail helped a lot of people in her too short life, and helped them when they were at their most vulnerable and exposed. Her death is a terrible loss.