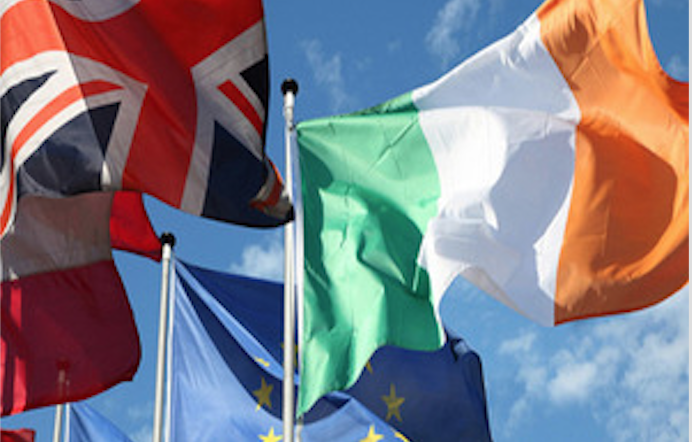 The UK government’s policy is that Brexit will not affect Irish nationals at all. Other EU citizens have to apply for a new “settled status” or risk losing their right to live and work in the UK after June 2021. But the government’s position is that Irish people, whether existing residents or future migrants, have a general right to live in the United Kingdom which is entirely separate to their rights as EU citizens:

That policy is reflected in the Common Travel Area. The government uses this term to mean much more than passport-free travel in the British Isles: it also encompasses the idea that Irish people “are treated as if you have permanent immigration permission to remain in the UK”. That includes the right to vote, work, claim benefits and use the NHS.

Section 2 of the 2020 Act provides that Irish citizens, like British citizens, may enter and remain in the UK without requiring permission (ie a visa) from the Home Office. It inserts a new section 3ZA into the Immigration Act 1971, which reads:

As this wording indicates, there are exceptions to this general rule, which we’ll cover in the next section.

Prior to the 2020 Act, there had been concern that existing legislation would not be sufficient to implement the government’s policy on Irish citizens. An earlier version of this article canvassed these worries in some detail. The basic concern was that the exemption from immigration control in the Ireland Act 1949 no longer did the job it was intended to do because of changes in the legal landscape over the years.

Anyone interested in a detailed history of immigration legislation affecting Irish people in the UK should take a look at Professor Bernard Ryan’s work on the subject.

… with an exception allowing for criminal deportation

Section 3ZA goes on to state, in subsection 2, that the general exemption from immigration control does not apply “if the Irish citizen is subject to a deportation order”.

In practice, the significance of this is limited. The UK government’s longstanding policy is that Irish citizens will only be deported in exceptional circumstances. Nobody has been deported to Ireland in the past three years at least.

Similarly, Irish citizens have been made exempt from the separate laws on automatic deportation. Section 32 of the UK Borders Act, as amended by regulations in 2019, targets only “foreign criminals”, with “foreign” defined as someone “who is not a British citizen or an Irish citizen“.

There are matching provisions, in subsections (3) and (4), allowing Irish people to be excluded from the UK, ie prevented from entering in the first place. Again, this is not a power that the UK government uses regularly, if at all.

Could Irish citizens’ rights be strengthened?

Parliament’s human rights committee, in its report on the Bill that would eventually become the Immigration Act 2020, said that the Common Travel Area gives Irish nationals fewer legal rights than those they used to enjoy as EU citizens in the UK:

We are aware that not all of the current rights flowing from the Common Travel Area mirror the EU free movement of persons rights that exist pre-Brexit… whilst clause 2 of the Bill is welcome in that it seeks to ensure Common Travel Area protections for Irish nationals to enter and reside in the UK, the overall effect is that some existing EU rights are diminished…

The Bill does not address other EU free movement rights that currently exist relating to employment, education, health and social security. Some of these are covered in arrangements relating to the Common Travel Area, but this is not comprehensive and is patchy.

These concerns are canvassed in much greater detail in a November 2018 report on the Common Travel Area, commissioned by the Irish and Northern Irish human rights watchdogs. It says that while Irish citizens are in practice able to work, vote, access education etc in the UK due to a patchwork of existing laws and policies, these rights would benefit from being put into an international treaty.

The authors recommended a comprehensive Common Travel Area treaty that put all the rights of Irish citizens in the UK (and vice versa) into international law. Failing that, they said that bilateral agreements between the UK and Ireland on specific issues would be better than nothing. Since then, the two governments have agreed a memorandum of understanding on the Common Travel Area, as well as a social security treaty. Hopefully this will ensure that there are no practical problems for Irish citizens post-Brexit.

The government has set up an application system for EU residents to get “settled status”, allowing them to continue living and working in the UK after Brexit. Irish citizens are in a unique position when it comes to the settled status scheme: unlike all other EU citizens, they may apply for it but do not have to. That is because:

Irish citizens may wish to apply for settled status if they think it is a realistic possibility that the UK would change its laws or policies to deprive them of Common Travel Area rights in the absence of a binding treaty. Some legal experts, including one of the authors of the November 2018 report mentioned above, have recommended this course of action.

The deadline for settled status applications is 30 June 2021.

This article was originally published in July 2018 and has been updated so that it is correct as of the new date of publication shown above. CJ McKinney contributed.