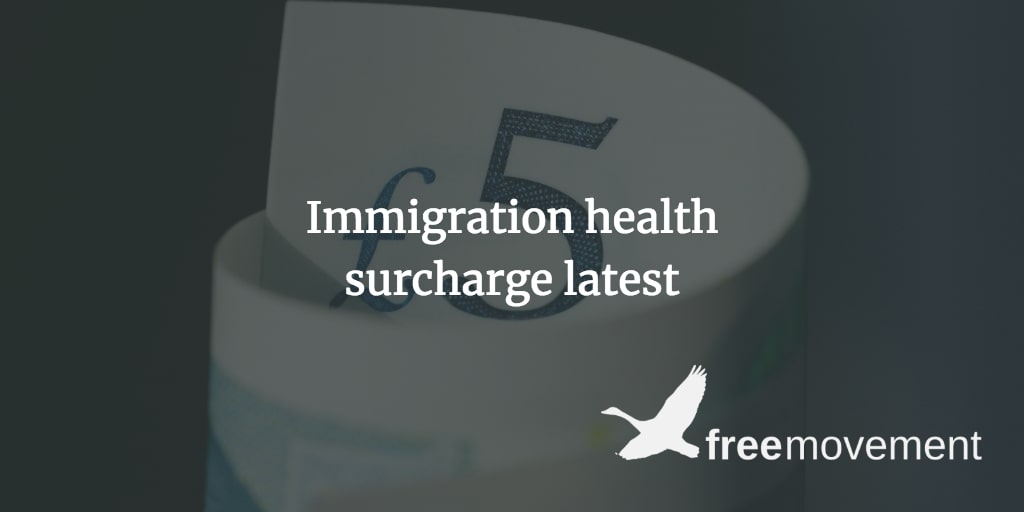 The immigration health surcharge will double on 8 January 2019. The extra fee paid by visa applicants to fund the NHS will rise to £400 a year, up from £200, for applications made on or after that date. Students and those on the Youth Mobility Scheme pay £300 (up from £150).

An Order authorising the increase was made on 18 December and will comes into force “on the twenty-first day after the day on which it is made”. Feel free to check our maths, but we make that the 8th of January.

As we reported in a previous version of this article, there had been persistent rumours that the surcharge would double on 19 December — that is, 21 days after the draft Order passed the final stage of Parliamentary approval on 28 November. This appears to have been based on a misunderstanding of how statutory instruments work: we had it on good authority that 19 December was not the right date, and indeed it has come and gone without an increase. The confusion is understandable, though, given the lack of an official statement from the Home Office or Department of Health.

To repeat: most visa applications will cost an extra £200 per year of the visa from 8 January 2019 onwards. Any that can be submitted before then should be. Happy holidays…