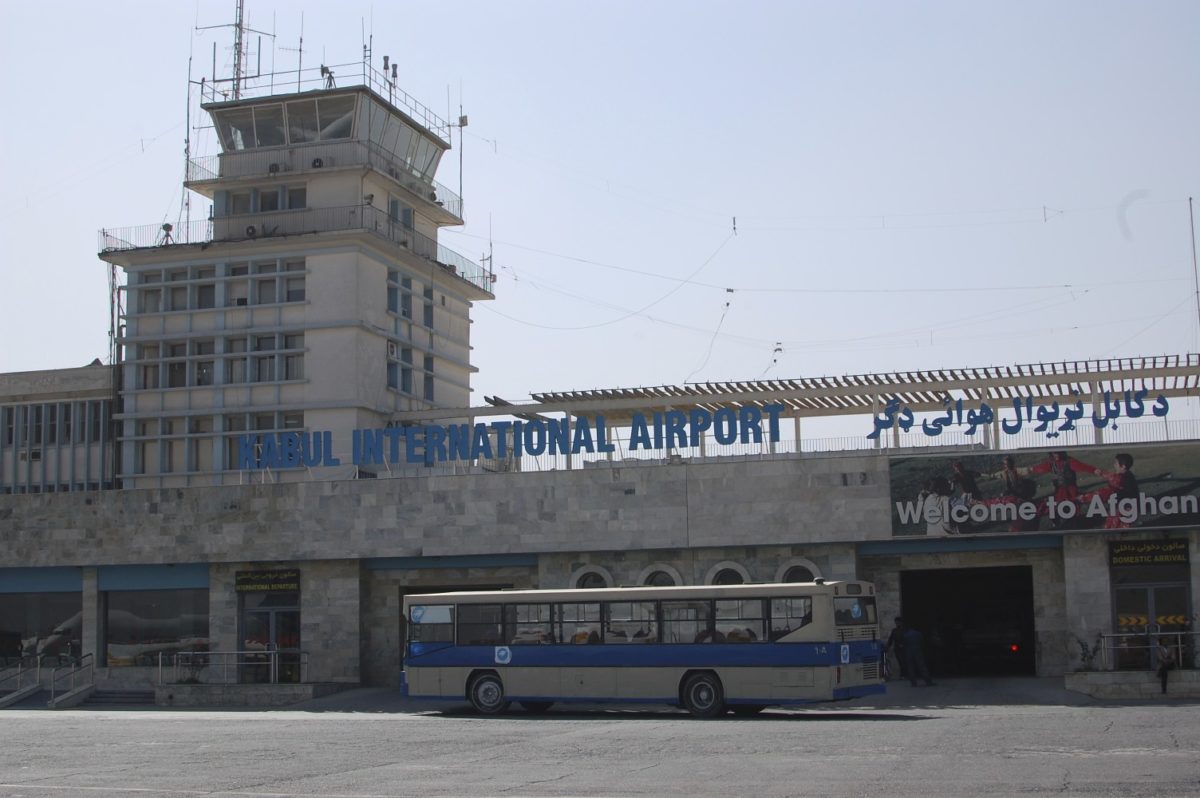 In AS (Safety of Kabul) Afghanistan CG [2020] UKUT 130 (IAC) the Upper Tribunal has approved its 2018 decision that a returning male in good health can safely and reasonably relocate to Kabul subject to individual factors. That decision had been set aside and remitted to the tribunal by the Court of Appeal in AS (Afghanistan) v SSHD [2019] EWCA Civ 873 for reasons discussed in an earlier post.

This post attempts to set out precisely what the tribunal decided, what it didn’t, and how to marshal the factors relevant to an individualised assessment in each case.

On refugee protection, the Upper Tribunal held that a person who is of lower-level interest to the Taliban (i.e. not a senior government or security services official, or a spy) is not at real risk of persecution in Kabul. The tribunal did not clarify, as it might have, that a person who is, or who is perceived to be, in the higher interest category (e.g. a spy), would be at real risk of persecution.

The tribunal did not consider or decide the risk of persecution in Kabul from Afghan state agents, or from any non-state actor other than the Taliban [paragraphs 28 and 199-200].

On Article 15(c) of the EU Qualification Directive, the tribunal accepted that:

But it concluded there is no real risk of treatment contrary to Article 15(c) in Kabul as the risk of death or injury is “small” [214].

It is unclear whether and/or to what extent individual circumstances lowered the threshold of conflict intensity in the tribunal’s assessment as it explicitly did not apply the “sliding scale” approach to risk under Article 15(c) [40-42]. Both a person’s individual circumstances, as well as past experiences of such harm, lower the threshold required: C-465/07 Elgafaji v Staatssecretaris van Justitie at [39-42] of that case.

Although some of the violence is targeted (e.g. at police, embassies or ethnic groups) [201], the tribunal did not reach any conclusion about the specific risks to ethnic minorities such as the Hazara.

The tribunal did not determine the risk of treatment contrary to Article 3 of the European Convention on Human Rights e.g. due to individual characteristics and/or general factors [28, 199-200].

The tribunal did not decide which groups of people are at real risk of persecution or serious harm outside Kabul on any basis. It did note the risk from indiscriminate violence is greater elsewhere [247], observing “there are parts of Afghanistan where a civilian is at substantially higher risk than in Kabul” [207(a)]. In support, figures were provided for several provinces with higher casualty rates than Kabul: Nangarhar (0.81 per thousand), Kunar (0.52 per thousand), Uruzgan (0.51 per thousand), Paktiya (0.48 per thousand), and Langhman (0.34 per thousand) [61(c) and 94].

Critical to the tribunal’s conclusion that single healthy men can relocate was its rejection of the UNHCR’s Eligibility Guidelines. UNHCR was not an interested party before the tribunal as it had been in the Court of Appeal. The tribunal rejected AS’s submission that a “substantial countervailing reason” was needed to depart from the Eligibility Guidelines [176] and disagreed with UNHCR’s position that relocation is generally not available [189], [190], and [192-193].

Notwithstanding the tribunal’s conclusion that the risk in Kabul is small, safety and security issues are highly relevant to the reasonableness of return but are not by themselves determinative [216]:

The tribunal stressed more than once the importance of a fact-specific assessment by reference to the returnee’s personal characteristics:

in all cases an individualised case-by-case assessment is required, taking into account an individual’s personal circumstances including factors such as his age, health, disability, languages spoken, educational and professional background, length of time outside of Afghanistan, connections to and experience of Kabul and family situation and relationships [252]

Physical and mental health is an important factor. It impacts upon a returnee’s capacity and/or ability to work, to endure living conditions below the poverty line, and avoid risks in the city from insecurity and crime.

There are “very high levels of mental health problems in Afghanistan”, which create “significant needs” [241]. There is “a lack of trained professionals” and “inadequate infrastructure” [241].  According to Dr Ayesha Ahmed, whose views were described by the Tribunal as “helpful”, and “consistent” with the views expressed by UNHCR and others [84]:

Also relevant is the nature and quality of the person’s support network /connections with Kabul/ Afghanistan. A returnee with a support network or specific connections may be in a significantly stronger position than others and in some cases may be able to counter a particular vulnerability [230].

On age: returnees of any age without a network will face significant challenges establishing themselves in Kabul. A person who left Afghanistan at a young age may, depending on individual circumstances, be less able than someone who spent their formative years in Afghanistan to navigate the challenges of the city by, for example, finding work and accommodation [251]. The older a person was when they left Afghanistan, the more likely they are to be familiar with employment opportunities and living independently [13(b)].

The language, education and vocational skills factor isn’t really explained. At [13(d)] the tribunal refer to a preserved conclusion from its 2018 decision:

Speaking the local language, as well as educational and vocational skills, will strengthen a person’s prospects in Kabul (paragraph 235).

Whilst an ability to speak Pashto and experience of building work will obviously be relevant, the reference to “educational skills” is less clear. It is presumably not a reference to UK qualifications because, absent specific evidence to the contrary, it’s not obvious why educational achievements in the UK (especially low-level ones) would be accepted in Afghanistan any more than Afghan qualifications would be accepted here. In any event, there is no evidence, and no finding, that they are necessary or sufficient to secure day-labour work.

How these individual circumstances interact with the security situation and the socio-economic realities in Kabul can be assessed temporally, starting with the first four to six weeks after return:

Relocation must be durable. In HH (Somalia) v SSHD [2010] EWCA Civ 426 at [83], Lord Justice Sedley understood the verb “stay” in Article 8(2) of the Qualification Directive as probably meaning “go to and remain in”. Whether a returnee can “establish himself” in “due course” [232] involves an assessment of the individual’s personal characteristics in the following context:

The intensity of violence in Kabul fell to be assessed on a quantitative and qualitative basis, but the tribunal seemed to focus unduly on population size vs. casualties, rather than a cumulative assessment of all relevant metrics: see [203] and [208] in particular.

The tribunal observed there is no “benchmark” or “scale”, to determine whether violence levels are “high or low” [208] but don’t really explain why the risk of harm to civilians in Kabul, represented as 1 in 1000, is not enough [206]. Whilst such risk is “small” arithmetically [261], it’s doubtful many would accept those odds.

If you knew that up to 90 bombs had been planted randomly in Wembley stadium, would you still go there to watch the FA Cup final? And if it’s not the kind of risk we are prepared to take, why is it acceptable for anyone else? The tribunal’s reference to different people having a different “tolerance for taking a risk” [208] is perhaps unfortunate.

The tribunal does not intend to provide a closed list of what factors are relevant to the assessment of internal relocation. The impact of COVID-19, in light of returnees from Iran (which has the highest mortality rate in the world), post-dated the tribunal’s assessment as of late December 2019. The organising principle remains: there must be a cumulative assessment of everything relevant to decide whether relocation is reasonable in the circumstances of the individual case.

Risk on return to Kabul from the Taliban

(i) A person who is of lower-level interest for the Taliban (i.e. not a senior government or security services official, or a spy) is not at real risk of persecution from the Taliban in Kabul.

Risk of serious harm in Kabul

(ii) There is widespread and persistent conflict-related violence in Kabul. However, the proportion of the population affected by indiscriminate violence is small and not at a level where a returnee, even one with no family or other network and who has no experience living in Kabul, would face a serious and individual threat to their life or person by reason of indiscriminate violence.

Reasonableness of internal relocation to Kabul

(iii) Having regard to the security and humanitarian situation in Kabul as well as the difficulties faced by the population living there (primarily the urban poor but also IDPs and other returnees, which are not dissimilar to the conditions faced throughout many other parts of Afghanistan) it will not, in general, be unreasonable or unduly harsh for a single adult male in good health to relocate to Kabul even if he does not have any specific connections or support network in Kabul and even if he does not have a Tazkera.

(iv) However, the particular circumstances of an individual applicant must be taken into account in the context of conditions in the place of relocation, including a person’s age, nature and quality of support network/connections with Kabul/Afghanistan, their physical and mental health, and their language, education and vocational skills when determining whether a person falls within the general position set out above. Given the limited options for employment, capability to undertake manual work may be relevant.

(v) A person with a support network or specific connections in Kabul is likely to be in a more advantageous position on return, which may counter a particular vulnerability of an individual on return. A person without a network may be able to develop one following return. A person’s familiarity with the cultural and societal norms of Afghanistan (which may be affected by the age at which he left the country and his length of absence) will be relevant to whether, and if so how quickly and successfully, he will be able to build a network.

(vi) The country guidance in AK (Article 15(c)) Afghanistan CG [2012] UKUT 163 (IAC) in relation to Article 15(c) of the Qualification Directive remains unaffected by this decision. 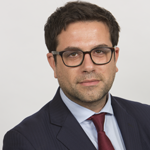 Ali is a barrister at Garden Court Chambers who has particular expertise advising and representing individuals in deportation, human rights and asylum appeals before the First-tier Tribunal, Upper Tribunal and the Court of Appeal. He also regularly advises claimants in judicial review proceedings challenging the decisions of public authorities relating to immigration matters, removal, nationality and the points based system.