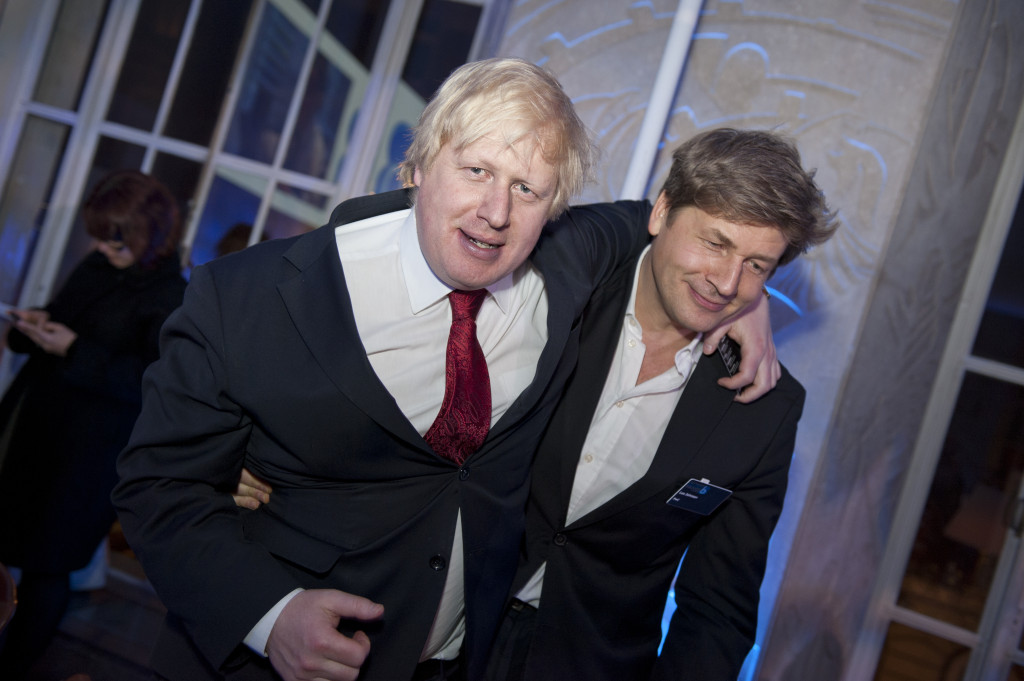 Operation Nexus for dummies: happening now, in our time

Two men are suspected of robbing a bank.

Let’s call them Ken, a British national, and Boris, a non-British national. Boris arrived in the UK from somewhere in the Caucasus when he was 3, about 27 years ago. He holds Indefinite Leave to Remain in the UK but, being a bit scatty, never applied for British citizenship.

At the time of the bank robbery Boris, a general chancer, womaniser and gambler, was down on his luck. The day before the robbery occurred he had visited the bank in question, a local branch of HSBC, to ask for an extension of his overdraft facility. Boris appeared to the bank staff to be drunk (although sometimes it was difficult to tell) and because of this, and as Boris didn’t hold an account in Switzerland, the branch manager told him that there was nothing more he could do.

There was an altercation, and Boris was escorted from the building by two burly security guards. As he was bundled out he could be heard to splutter a threat that they ‘would all be sorry’ and he would return and ‘take the money anyway’. It was difficult to hear everything he said because Boris tended to mumble, and he was also shouting something about wiff-waff. When the police later attended the security guards reported that Boris had threatened to return. This was recorded by the officers at the scene.

The next day Boris woke up with a totemic, Grade 1 hangover, and his favourite prostitute, Ruby Tuesday[1]. He didn’t remember much that had happened after the incident at HSBC and assumed that Ruby had further extended his generous line of credit. Boris was nothing if not an absolute charmer. That morning he decided to catch up with his good friend Ken in a local bar. Ken was due to attend an annual international newt conference later in the day, but always had time for his old mucker Boris.

On the same morning, the local HSBC branch was robbed. The two assailants wore balaclavas, but in statements given to the police witnesses recorded that a shock of blond hair could clearly be seen poking through the headgear. Boris was the prime suspect, and Ken, his known associate and with a long criminal history himself, an accomplice.

Having made some enquiries Boris and Ken were tracked down to the bar where they had met. They were drunk. Ken had missed the bus to the newt conference after Boris had proposed a Simple Game of Next, and had now lost the power of speech. Boris was laughing uncontrollably at one of the attending officers, Detective Constable Paddick, for reasons which, to this day, are not entirely clear. His lack of respect was noted in the arrest record.

Both Boris and Ken were charged by the Crown Prosecution Service for armed robbery. Boris’s DNA had been found at the scene of the crime, and the CPS believed that this, in conjunction with the witness evidence, created a reasonable prospect of a conviction. Both men plead not guilty and stand trial. They are represented by legally aided barristers and solicitors. The crown must show beyond a reasonable doubt that the crimes were committed by the defendants. At the trial, the defence issue witness summons for the bar owner and Ms. Tuesday to attend the court confirming that, at the time of the offence one or both of the defendants were with them. They were able to call evidence from expert witnesses which cast doubt on the reliability of the DNA evidence, which had not been properly sampled. The jury, appropriately directed by a judge, decide that there is a reasonable doubt in their minds as to whether Boris and Ken robbed the bank.

The jury therefore acquits, and Boris and Ken walk free, not guilty. Except, not for Boris, a non-British national.

The next day the police, in conjunction with the Home Office Operation Nexus team, pay him a visit. He is told that, even though he has been found not guilty, he is to be served with a Deportation Order on the basis that his presence in the UK is not conducive to the public good. Boris asks why, given that he was found not guilty of the offence. He is told that it is because he robbed a bank. Boris explains that he has just been found not guilty. The attending officers, with some glee, explain that this does not matter.

As he is not allowed to work, and is flat broke, he cannot afford to pay a lawyer to help him with his case.

Boris gets a right of appeal against the decision to deport him, which he exercises, and which is eventually listed to be heard before the First Tier Tribunal (Immigration and Asylum Chamber). It takes the Home Office almost a year to serve its evidence. In the meantime, Boris has to quit his part time job as a clown and occasional work as a village idiot because, as a person subject to a Deportation Order, he is not allowed to work. He is told that legal aid is no longer available for deportation cases. As he is not allowed to work, and is flat broke, he cannot afford to pay a lawyer to help him with his case.

The Operation Nexus team at the Home Office eventually serve Boris with documents in support of their case that he should be deported, referring to the robbery charge against him as a ‘non-conviction’. They serve evidence, the same that was placed before the jury which acquitted him, but which also includes evidence of his use of prostitutes, gambling and womanising, and excessive recourse to alcoholic refreshment. For instance, Boris is often encountered by the police towards the end of an evening, refreshed, normally negotiating feverishly with Ruby Tuesday, and is taken home. Although he was never charged, arrested or even cautioned, these incidents appear in the evidence filed with the tribunal.

Boris arrives at the tribunal. His case will be heard by a single tribunal judge and a non-legal panel member, rather than a jury. The role of the panel will be to decide whether Boris is responsible for the conduct of which he was previously accused (and acquitted). Unfortunately for Boris, in the tribunal the state only needs to prove their case on the balance of probabilities, rather than ‘beyond a reasonable doubt’. In other words, the panel need to find that it was more likely than not that Boris robbed the bank.

During the hearing, Boris explains that he has two witnesses who can confirm he was not at the bank at the relevant time. Unfortunately, Boris and Ruby are no longer on speaking terms following his repeated failures to honour their financial arrangements. The bartender who attended the criminal court is also not available following Boris’s failure to pay his gargantuan bar bill. He only attended the criminal court having received a summons. Boris asks whether there is any power to compel witnesses to attend the tribunal: he is told to speak to a lawyer about it.

In a criminal court, evidence given by anonymous and absent witnesses is not admissible. In the tribunal, there are no such rules regarding admissibility.

Within the evidence the Operation Nexus team place the same DNA evidence before the judge which ties Boris to the bank. They refer to the evidence given by some of the guards and staff at the bank who referred to the threats he made as he was bundled out and all fingered Boris as the robber, and who saw the shock of blond hair. In a criminal court, evidence given by anonymous and absent witnesses is not admissible. In the tribunal, there are no such rules regarding admissibility. Boris has no right in the tribunal to cross-examine the witness who had given this damning evidence against him. This evidence is also second hand hearsay, reported to the tribunal via a third party (a police officer), which would also be prohibited in the criminal court.

A police officer attends the hearing. He explains that police records showed Boris’s history of drunken tomfoolery, and that he was probably acquitted ‘on a technicality’. Boris asks why none of the evidence which had cleared him of the criminal offence is before the tribunal and is told that it is his responsibility, represented or not, to present evidence in support of his case. Unlike in criminal proceedings, there is no duty on the crown to disclose material which might be favourable to an appellant’s case.

Boris left the hearing slightly bemused. Three weeks later he received a decision from the judge explaining that his appeal had been dismissed and that he was therefore to be deported from the UK. The judge found that the evidence tended to show that he had robbed the bank on the day in question and that the jury had not been privy to the bad character evidence which he had seen, showing clearly that he was a thoroughly bad sort – also an associate of Ken, a known criminal – and exactly the type of person who was likely to commit this type of offence.

Ken and Boris were innocent. Boris was deported. That is Operation Nexus, and it is happening now, in our time.

For a full legal analysis of the lawfulness of Operation Nexus, please see the Briefing Paper available on the Luqmani Thompson & Partners website: http://www.luqmanithompson.com/News-Comment-Cases/Operation-Nexus.shtml

[1] Names of sex workers have been changed