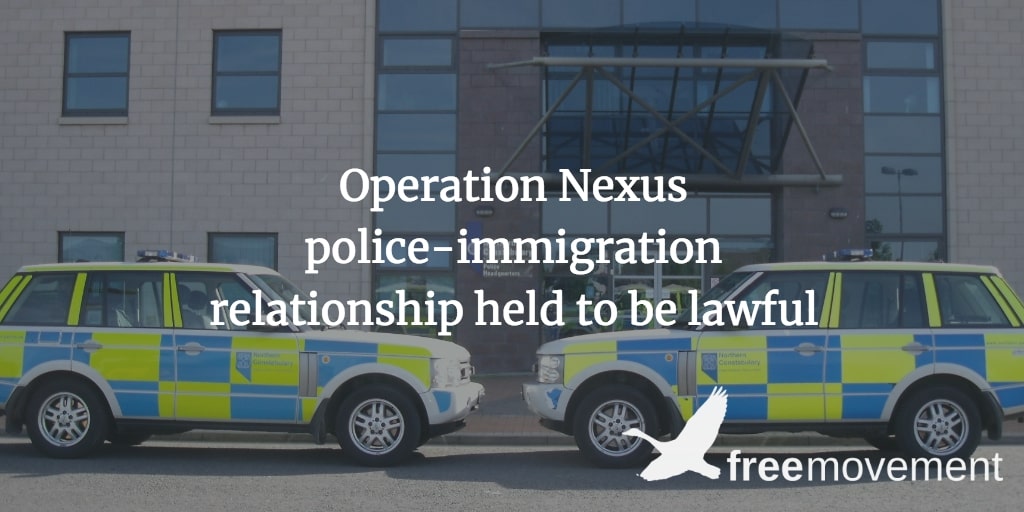 The Court of Appeal has upheld the High Court decision that Operation Nexus — the “operational and intelligence partnership for immigration enforcement” between the police and the Home Office that we have commented on several times previously — is lawful. The case is R (The Centre for Advice on Individual Rights In Europe) v Secretary of State for the Home Department and Commissioner of Police for the Metropolis [2018] EWCA Civ 2837.

Put simply, the judge was correct to hold that police officers do have power at common law to ask questions of individuals and provide the answers to the Secretary of State in order to assist him in the exercise of his governmental function of enforcing immigration law. There are, as the judge found, two reasons for this. First, as a matter of capacity, a police office has the power to do anything an ordinary citizen can do, including non-coercive questioning of a person in custody; secondly, and in any event, the questioning is for a police purpose.

Operation Nexus represents a partial reversal of what some had said was an historic decision by the police not to enforce immigration laws.