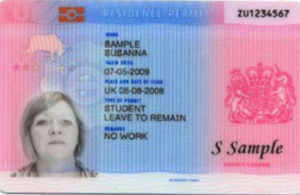 September and October are important and busy enrolment periods for Tier 4 student visa sponsors. Immigration compliance teams had enough to contend with this academic year with the introduction of passport eGates, which means having to find evidence of each student’s date of entry to the UK where they have gone through an eGate and received no landing stamp.

On top of this complication, Tier 4 students have been hit with a plague of incorrectly printed Biometric Residence Permits (“BRPs”) this year. From incorrectly spelt names to incorrect statements of working rights, it is common for sponsors to spot a handful of incorrect BRPs each year. However, one university reports that over 500 incorrect BRPs were issued to its students this autumn.

Institutions are being advised that the BRP errors team have a four-week delay on processing corrections, leaving thousands of students with incorrect working restrictions, or no ability to work, during this time.

Many sponsors wrongly believe that the duty to report an incorrect visa rests solely with the student. This is partly correct in that Points Based System migrants also have a duty to report an incorrect BRP within 14 days of receiving the document. But we have always advised our clients that, as per paragraph 2.9 of the Tier 4 sponsor guidance, a sponsor has a duty to notify the Home Office if “it becomes aware that any of the students it is sponsoring has been granted leave with the incorrect conditions of stay, for instance if they have mistakenly been granted permission to work”.

Despite there being a positive obligation on sponsors to report incorrect BRPs, the Home Office, rather unhelpfully, never saw fit to include an option to report the issue under the “drop downs” available on the online sponsor management system.

Until now. The sheer volume of incorrectly issued BRPs this year has led to the following message appearing on the sponsor management system:

A new migrant activity reporting option has been introduced to SMS. Under ‘Change in student circumstances’ you can now report when a student has been granted incorrect conditions of leave, for instance work permissions, as set out at paragraph 2.9 of the ‘Sponsorship Duties’ guidance document. Please accept our apologies for this omission to date.

In the past, sponsors have successfully challenged aspects of revocation letters regarding the failure to report incorrect BRPs, based on the lack of a function to enable this report to be made. This argument will no longer be of any use in defending a failure to comply with this sponsor duty.

In addition to the new reporting facility, the Home Office has also released guidance for its staff on how to fix an incorrect length of leave granted under the Tier 4 Pilot scheme. It seems that there are errors being reported on all fronts.

Is it reasonable for the Home Office to expect universities to bear the administrative brunt and cost of its mistakes? Compliance staff not only have to spot where a Tier 4 student’s BRP has been issued incorrectly, but then make hundreds of reports on the sponsor management system. This is a costly business. Furthermore, it is unlikely that by the sponsor making this report, something as helpful as a replacement BRP would automatically be issued — the individual migrant themselves must trigger this process. Why demand two reports about the same problem?

Esyllt Martin is an Associate specialising in immigration and employment law at Eversheds Sutherland. She has experience of advising both businesses and education sector clients in relation to their compliance with the Immigration Rules from a Tier 4, Tier 2, Tier 5 and Right to Work perspective.