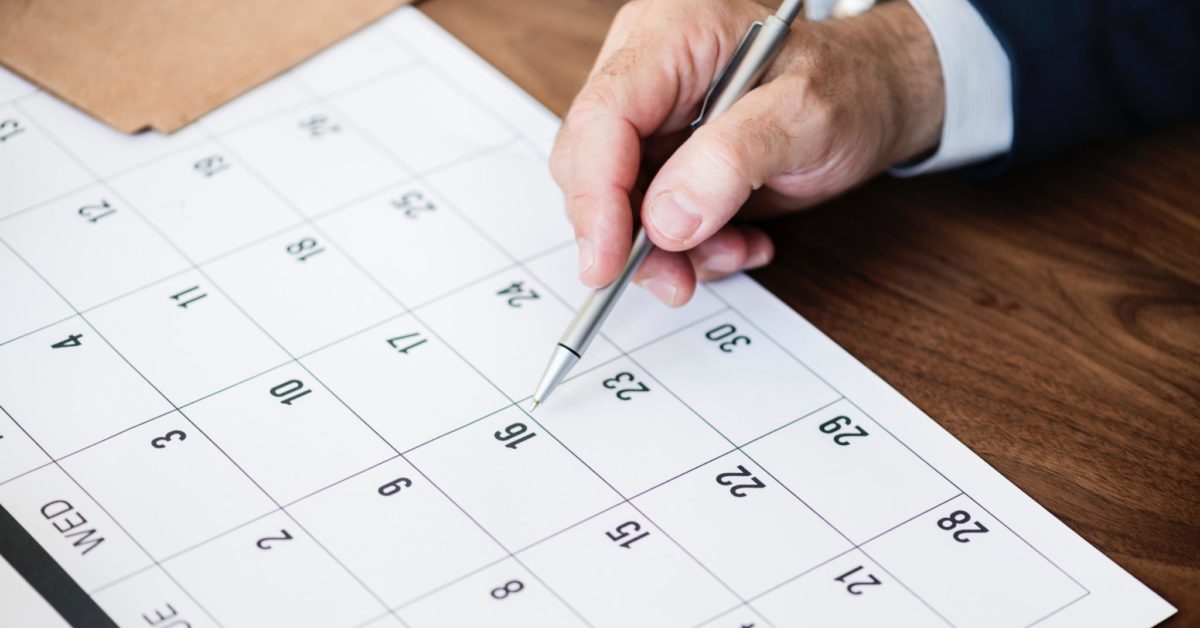 Settlement as a Skilled Worker – what you need to know

If you are looking instead to apply for a Skilled Worker visa for the first time, we’ve covered the application process elsewhere on the site: see Nichola’s informative article here.

What are the requirements on settlement for Skilled Workers?

The legal requirements for this route are found in a new part of the Immigration Rules called Appendix Skilled Worker. Within the Appendix is a section called “Settlement as a Skilled Worker”. It has the following structure:

Be warned that you may still need to do some cross-referencing. Appendix Skilled Worker refers the reader to these other sections of the Immigration Rules:

Note also that all references to Skilled Workers in the Rules include people currently on a Tier 2 (General) visa.

It is important to note that an application may be rejected as invalid if any of the validity requirements in paragraphs 19.1 to 19.3 are not met, including if the person is outside the UK on the date of application. Normally, having a pending immigration application automatically extends the applicant’s permission to be in the UK under section 3C of the Immigration Act 1971. An application deemed invalid will not offer this protection and puts the applicant at risk of overstaying.

There does appear to be scope for discretion. Whilst the applicant “must” meet all of the validity requirements, if they do not do so, the application “may be rejected”. It will be important to see what mechanisms will be in place for Home Office caseworkers to exercise discretion where an application is technically invalid.

Settlement applications are subject to the general grounds for refusal in Part 9 of the Rules, which were also amended on 1 December 2020.

Part 9 no longer has grounds for refusal that are specific to settlement, so any references to “permission to stay” apply to settlement applications. Such reasons for refusal include certain criminal convictions, involvement in a sham marriage, false representations and owing money to the Home Office or the NHS.

There is now greater scope for applications to be refused on mandatory grounds, including where the applicant’s presence in the UK is “not conducive to the public good” because of conduct, character associations or other reasons, including convictions not serious enough to trigger the criminality rules mentioned below. Previously this was a discretionary ground for refusal. An application must also be refused where a caseworker can prove that it is more likely than not that an applicant used deception in an application. An additional discretionary ground for refusal has been introduced where an applicant has been rough sleeping in the UK.

There are also changes to the rules on criminality. Settlement applications must now be refused where an applicant has been convicted of a criminal offence for which they received a custodial sentence of at least 12 months, irrespective of when this occurred. Under the previous rules, whether a refusal on this basis was mandatory depended on the time which had passed and the length of sentence.

On an arguably more flexible note, applications may be refused where the person has been convicted of a criminal offence for which they have received a non-custodial sentence or out-of-court disposal recorded on their criminal record. The previous position required applications to be refused where the person had received a non-custodial offence or other out-of-court disposal in the two years leading up to the date of decision.

The basic rule is still that the person must have spent five years in the UK to qualify for settlement. The five years can be clocked up solely on a Skilled Worker / Tier 2 (General) visa, or by including time previously spent on a limited number of other immigration routes:

This list of other routes that qualify towards settlement as a Skilled Worker no longer includes some redundant categories, such as Work Permit Holder and Highly Skilled Migrant. Reference to time spent as a Tier 2 (Intra-Company Transfer) migrant under the Rules in place before 6 April 2010 has also been removed. Other than that, there appear to be no substantive changes to the qualifying period rules.

Settlement applications require that the person’s absences from the UK do not exceed 180 days in any 12-month period. (For periods of permission granted before 11 January 2018, the calculation method is different — Joanna explains the change here.)

Compared to settlement under the old Tier 2 (General) route, there is greater flexibility on the continuous residence rules. Previously, absences had to be “consistent with the basis of the applicant’s stay” in the UK, such as taking annual leave, or for “serious or compelling reasons”. No such qualification appears to exist under the new Appendix Continuous Residence.

There is also more flexibility when it comes to exceptions to the 180-day rule. Previously, absences related to assisting with a national or international humanitarian or environmental crisis would not count towards the 180-day limit. This exception has been extended to include travel disruption due to natural disaster, military conflict or a pandemic.

Also now exempt are absences for

This is a welcome change. Previously, and frustratingly, absences due to serious or compelling reasons were specifically permitted but technically they still counted towards the 180-day limit. A person who was absent for seven months to look after a terminally ill parent overseas would therefore have broken the continuous residence requirement under the old provisions, but not under the new rules.

Another pandemic-related exception is on the rule requiring “lawful presence” during the five years. Any period of overstaying which took place between 24 January and 31 August 2020 will be disregarded and will therefore not break lawful presence for the purpose of a settlement application. This is thanks to an amendment to paragraph 39E, elsewhere in the Rules.

Knowledge of Life in the UK requirement

This is one of the requirements that cross-refers the reader to a different Appendix: KOL UK. (Confusingly, there is also an older Appendix called KoLL still in the Rules, but this does not apply to Skilled Workers.)

All Appendix KOL UK really says is that applicants for settlement as a Skilled Worker need to pass the Life in the UK test unless an exemption applies. Evidence of passing only requires a digital reference number, rather than the pass certificate itself.

There used to be an English language requirement for settlement applications made under this route. This has been removed (hurrah!), recognising that applicants will have proved that they have an acceptable level of English when applying for the visa in the first place.

The Skilled Worker’s sponsor will continue to be involved in settlement applications.

The sponsor also needs to confirm that it requires the person applying for settlement “to work for them for the foreseeable future”. It used to be “that they still require the applicant for the employment in question for the foreseeable future”, so the change gives a little more leeway. In practical terms, though, once someone is granted settlement, there are no conditions on the type of work that they can do, raising the question of why this rule is required at all.

The minimum salary thresholds for settlement have also generally been reduced. Under the Skilled Worker route, the sponsor must confirm that the applicant is paid, and will be paid for the foreseeable future, the higher of the “general” and “going rate” thresholds for their occupation.

The going rate threshold depends on the occupation code for the applicant’s job and is set out in Appendix Skilled Occupations.

Subject to a transition period, allowances will no longer count towards the salary threshold for settlement applications. Allowances can only be considered towards the salary threshold for applications made before December 2026 in circumstances where the person was last granted permission under Tier 2 (General) and the allowance would be paid to a local settled worker in similar circumstances, such as London weighting. On a literal reading of the new Rules, the guaranteed allowance must also be paid for the duration of the applicant’s employment, despite this being an application for settlement.

The new provisions also confirm that for those who are absent from work or have recently returned to work within a month of the date of application — eg for maternity or sick leave — the minimum salary calculation will be based on their salary on their return to work. No consideration will be taken of their salary before the absence.

References to the applicant having to provide payslips, bank statements or a letter from their sponsoring employer have been removed from the Immigration Rules. In fact, all references to having to “evidence” how the applicant meets the different requirements have disappeared. This raises questions as to how, for example, the sponsor will confirm the applicant’s pay, or what acceptable evidence should be provided for absences outside the 180-day requirement. Further guidance on evidence is anticipated to deal with these issues.

In the meantime, it is interesting that the document list which appears at the end of the online application form has not been changed or updated in any way. In view of the salary and sponsorship requirements, it would be sensible to include a letter from the sponsoring employer confirming the applicant’s employment status, as well as a recent bank statement and payslip — even though these are no longer mandatory documents.

Overall, the clearer structure, fewer mandatory documents and extra flexibility in certain rules mean fewer hurdles for settlement applications under the Skilled Worker route. The new Appendices Continuous Residence and KOL UK are particularly beneficial compared to what went before.

In the coming months, it will be important to review Home Office guidance on the evidence required for settlement applications, on which the Rules are notably silent, and on how discretion may be exercised for those whose situation may not squarely fall within the requirements. 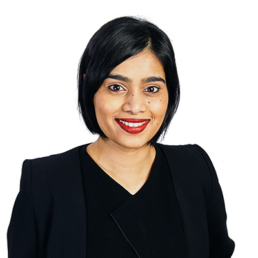