The controversial Nationality and Borders Bill had its second reading in the House of Lords this week. One thing that peers on all sides of the house seemed to agree on – even if for different reasons – is that the immigration system is not working well. They’re right.

Official figures demonstrate an unacceptably high level of unlawful decision-making. Half the appeals against Home Office immigration decisions are successful in the First-tier Tribunal. Around one third of judicial reviews lodged against the Home Office are either settled or decided in the claimant’s favour, according to the government’s evidence to the Independent Review of Administrative Law.

Contrary to the Home Secretary’s stated intention of “ensuring access to justice and upholding the rule of law”, the Borders Bill fails to address the urgent issues with the current system. These include the need for access to proper legal advice and a properly funded courts and tribunals system, as well as better first instance decision-making.

Instead, the Bill contains a series of provisions which make these problems worse: weakening appeal rights despite high levels of wrong initial decisions; requiring judges and Home Office caseworkers to give “minimal weight” to some evidence provided by genuine refugees; creating fast-track processes based on policies previously found to be unlawful; and increasing the Home Secretary’s arbitrary powers, such as the authority to require certain cases to be heard artificially quickly, aggravating the risk of rushed and unlawful outcomes. Some were introduced or amended only at report stage in the House of Commons — that is, only after detailed scrutiny by MPs was over.

Below are the specific provisions that Public Law Project and JUSTICE believe will increase the risk of unlawful immigration decisions, make it harder to challenge those decisions, and threaten procedural fairness and natural justice.

Clause 9 of the Bill has already attracted considerable attention [but you read it here first — Ed.]. Whilst the Home Secretary’s power to deprive someone of British citizenship is not new, this clause will introduce new exceptions to the requirement to give a person notice of that decision. These exceptions are based on a subjective test – what appears to the Secretary of State to be the case, rather than what can be objectively proven – and are drafted extremely broadly. There is no requirement that the power be used only in “exceptional circumstances”, as the Home Office has repeatedly claimed.

If this is so, @ukhomeoffice, why didn’t you say so in the Bill? The Home Secretary can dispense with notice whenever she thinks it is “in the public interest” – no need for exceptionality, or natsec concerns. Warm statements of intent are no substitute for properly defined laws. https://t.co/gmTJQvBCcC

If no-notice provisions are deemed necessary, they should be limited to exceptional circumstances, such as when there is no possible way of contacting the person; contain objective tests requiring the Home Secretary to justify her decisions; confer on the Home Secretary an on-going duty to take steps to give notice; and, most importantly, protect access to appeal, for example by suspending appeal time limits until actual notice has been given.

Priority Removal Notices (PRNs) are designed to truncate the period of time in which a person can challenge a Home Office decision to remove them from the UK.

If someone is issued with a PRN, they can be given a “cut-off date” by which they must tell the Home Office their grounds and the evidence they want to rely on in support of their protection or human rights claim to remain in the UK. Anything after the cut-off date is deemed late — in which cases the Bill makes it mandatory for the Home Office and judges to interpret that person’s credibility to be damaged and evidence be given “minimal weight”, unless they can show good reasons.

There are many potential good reasons why a claim might be late; delay due to trauma and difficulties accessing legal advice are just two. But these provisions place the burden on claimants to show those reasons before their claim will be considered fairly. This is despite the fact that the government’s own equality impact assessment acknowledges that “vulnerable people… might find it more difficult than others to disclose what has happened to them; to participate in proceedings; and to understand the consequences of non-compliance with legal requirements”.

Even if there are no good reasons for a late claim, it does not mean that lateness should govern the assessment of the case, rather than its merits and the strength of its evidence. Judges and decision-makers spend their professional lives assessing credibility and the weight of evidence; there is no compelling justification for an automatic rule to override individual case analysis.

Even if the Secretary of State wishes to constrain her decisions in such a way, judicial independence must be preserved. Judges already have the power to assess late evidence differently without being required to do so by an arbitrary time limit. It is crucial that the decision of the Secretary of State to serve a PRN does not undermine the very purpose of the appeal process: to provide an effective and independent judicial check on executive power.

The PRN provisions give the Home Secretary the power both to expedite appeals and restrict them to one level of the immigration tribunal only, meaning no errors made by that single tribunal judge can be picked up. This includes barring them from the Court of Appeal. This restriction of appellate access is as rare as it is unjustifiable: the lateness of your claim has nothing to do with your susceptibility to judicial error. We have layers of appeal for a reason.

Finally, if someone affected by this expedited appeal process has a different appeal in progress, that appeal can also be pulled into the expedited system. This will arbitrarily subject claims which have been made on time — including in relation to EU law rights and deprivation of citizenship — to a process designed to punish late appeals.

The Bill seeks to recreate a fast-track process for asylum appeals. This previously existed as the Detained Fast Track, which was found to be unlawful in 2015, and is now to reappear under a new name: “accelerated detained appeals”.

The criteria for inclusion in the proposed new accelerated detained appeals process are that:

This clause weights the system almost entirely in favour of the Home Secretary with minimal concern for fairness to the individual.

The Home Secretary already has the power to certify certain human rights claims as “clearly unfounded”, which means that they can only be appealed once a person has been removed from the UK. Clause 27 of the Bill will remove even that right of appeal.

It is not difficult to imagine that with late evidence attracting “minimal weight” under other provisions in the Bill, more cases could be declared clearly unfounded than at present, increasing the risk that a person will be deported to a country where they could be tortured or killed with no way to appeal the removal even after the fact.

Clause 45 imposes a duty on the Home Office to give people a minimum of five working days’ notice of when they are going to be removed from the UK. This is an improvement, since notice periods can currently be as little as 72 hours, and are not secured in primary legislation.

But a notice period is only useful if it allows the person to get legal advice during that window. Unlike the provisions for Priority Removal Notices (see below), there is no specific provision in the Bill for providing legal advice to those served with notice of the Home Office’s intention to remove them in five days’ time. Without this, the notice period in and of itself does nothing to secure effective access to justice. Whilst a statutory minimum period may be welcome in principle, its efficacy depends on the availability of legal advice and there is currently no adequate or sustainable legal aid funding in this area.

The Bill also creates several exceptions to the right to five days’ notice, which will allow the Home Secretary to remove people effectively without notice and take away the courts’ ability to supervise the use of removal powers.

The Joint Committee on Human Rights adds that:

the power of the Secretary of State to remove a person without further notice being given where a removal has previously failed must not be used in cases where a removal has failed for legitimate reasons or where the claimant’s right to access justice requires him or her to have additional notice.

The Bill provides for seven hours of legal aid for people served with a Priority Removal Notice to receive advice on their immigration status and removal. Whilst additional legal aid is welcome, this level of provision is not adequate given the complexity of the current immigration system, much less a system with reduced appeal rights, expedited processes, and greater powers to the Home Secretary.

There is a strong case for all of immigration law to be brought back into scope for legal aid. The Westminster Commission on the sustainability of legal aid has recommended early advice in all immigration cases be immediately brought back in scope pending a more in-depth review. At the very least, the Bill should be amended to provide legal aid to people who are served with a five-day notice of removal under clause 45. (This could be done simply by inserting “or notice of removal directions” after “priority removal notice” throughout Clause 24.)

This Bill will entrench existing problems: people with a legitimate basis to stay in the UK – and genuine grounds to fear removal – can be removed without effective access to justice. Making it legally easier to remove people from the UK in principle does nothing to make the system any more efficient in practice. Greater effort should be made to increase the quality and accuracy of Home Office decision-making in the first place. 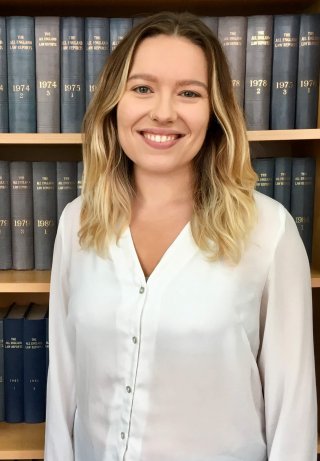 Ellen Lefley is a lawyer at JUSTICE.