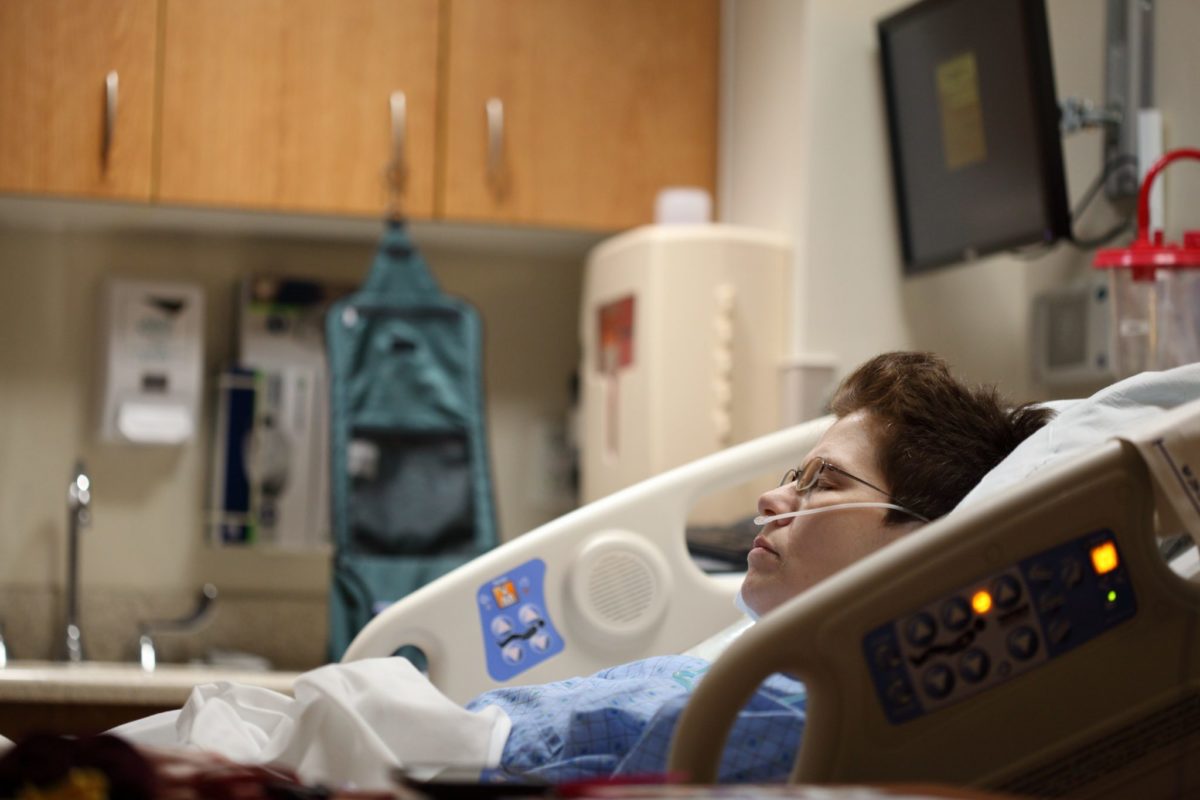 Credit: Sharon McCutcheon on Unsplash
1st May 2020  By Colin Yeo

In the case of AM (Zimbabwe) v Secretary of State for the Home Department [2020] UKSC 17 the Supreme Court has widened the protection available to seriously ill migrants facing deportation from the UK and subsequent death for want of medical treatment.

The judgment opens by noting that the case involves “one of the most controversial questions which the law of human rights can generate”. If anything, this underplays the controversy. Not only does the case involve deportation of a very serious criminal who entered the UK as a child and who relies on human rights law to stake a claim to remain. It also involves the right of a migrant to resist removal based on a difference in medical treatment in the UK and the destination country. And it involves the Supreme Court electing to overrule one of its own early cases, based on a subsequent judgment of the European Court of Human Rights.

A decision in favour of a migrant on any one of these three bases would normally be sufficient to trigger certain commentators and politicians. Politics perhaps inevitably impinges on law in this field; as we shall see, though, the Supreme Court very much sticks to the law here.

Lord Wilson does a great job explaining the factual and legal background in this short (five minute) video:

The appellant in this case is a Zimbabwean known as AM who arrived in the UK aged 13 in 2000 and was granted indefinitely leave to remain along with his mother. He later committed a number of crimes, the most serious of which was possession of a firearm, for which he was sentenced to seven years in prison.

AM also contracted HIV and received treatment here in the UK. He suffered serious side effects to conventional antiretroviral therapy and was instead offered a drug called Eviplera. Evidence suggested this was not available in Zimbabwe, meaning that if he was deported from the UK he would not receive effective treatment — leading to his untimely death.

The legal background is complex. It all dates back to a Strasbourg case called D v UK from 1997. In D the European Court of Human Rights held that the removal of an AIDS sufferer from his deathbed in the UK to his country of nationality (St Kitts and Nevis) would amount to inhuman and degrading treatment and therefore breach Article 3 of the European Convention on Human Rights.

A succession of Strasbourg and domestic cases followed in which judges grappled with the legal test and how it applies to the facts of individual cases.

In N v SSHD [2005] UKHL 31 the House of Lords held that the test in these medical treatment cases was an extremely difficult one to meet:

whether the applicant’s illness has reached such a critical stage (ie he is dying) that it would be inhuman treatment to deprive him of the care which he is currently receiving and send him home to an early death unless there is care available there to enable him to meet that fate with dignity.

Lady Hale and Lord Brown expressed discomfort and unease but this hardline — let’s face it, impossible — approach was reaffirmed, albeit in slightly different terms, by Strasbourg in the case of N v UK (application no. 26565/05), involving the same claimant.

On the basis of this test, the Upper Tribunal and Court of Appeal dismissed the appeal of a kidney dialysis patient in his thirties who was fit and well when he first arrived lawfully in the UK but would die within a fortnight of removal because he would receive no medical treatment in his country of origin: GS and EO (Article 3 – health cases) India [2012] UKUT 397 (IAC); GS (India), & Ors v Secretary of State for the Home Department [2015] EWCA Civ 40.

Strasbourg itself then reconsidered its position in a case called Paposhvili v Belgium (application no. 41738/10). On the face of it, this judgment very much seemed to lower the almost impossibly high and cruel threshold established in N v UK.

This created two problems. One was whether the test had actually been modified: the Home Office and some judges found themselves able to see beyond the obvious and find that nothing had really changed. The other problem was that UK courts were bound by the House of Lords case and could not follow Paposhvili even if it did create a new and different test.

Only the Supreme Court could resolve these issues.

Before we go further, one thing missing from these reported cases is information on what happens to the claimants afterwards.

As I understand it, the claimant in N died in Uganda a few months after her removal there. Three of the claimants in the GS (India) case subsequently died in the UK. For a fourth claimant, the Home Office agreed to reconsider the case following Paposhvili then failed to do so, meaning that he was ineligible by reason of his immigration status for the transplant he desperately needed. He died before the reconsideration took place.

These really are life and death cases involving extremely ill individuals. Often in immigration and asylum work the officials, lawyers and judges can pretend that consequences of a case are uncertain. Perhaps the persecution will never happen, or perhaps the family will somehow stay together. Such pretence is impossible in these cases.

What is the correct test?

involving the removal of a seriously ill person in which substantial grounds have been shown for believing that he or she, although not at imminent risk of dying, would face a real risk, on account of the absence of appropriate treatment in the receiving country or the lack of access to such treatment, of being exposed to a serious, rapid and irreversible decline in his or her state of health resulting in intense suffering or to a significant reduction in life expectancy.

Most people reading this would probably think that this was a different approach to that in N v SSHD and N v UK, not least because it seems obvious that a kidney dialysis patient like GS would on this test succeed. Paposhvili therefore should have spelled the end of attempts to remove or deny immigration status to kidney dialysis patients, at least.

But in the Court of Appeal, Lord Justice Sales, as he then was, held that Paposhvili modified the test established in N v UK “only to a very modest extent.” Sales LJ considered his was the “only tenable interpretation” and that it was “impossible to infer” that Strasbourg had changed its mind about the approach established in N v UK.

Not so, says the Supreme Court. Strasbourg clearly had changed its mind about N v UK and the procedural requirements established in Paposhvili (see below) “can on no view be regarded as mere clarification of what the court had previously said”. The interpretation of Sales LJ was “too extreme” and “unduly narrow”.

This latest judgment is therefore yet another contribution to the pantheon of Supreme Court cases overruling hardline judgments by Sales LJ in the Court of Appeal. Lord Sales is now a Justice of the Supreme Court but did not sit on the panel hearing this appeal. With the recent retirement of Lady Hale, who sat on both N v SSHD and AM (Zimbabwe), and shortly also Lord Kerr, this judgment may prove to be something of a watershed moment for the Supreme Court.

Anyway, back to the decision. Lord Wilson points out that Paposhvili is not just about the threshold test in Article 3 medical treatment cases but it also establishes procedural requirements:

These procedural requirements appear onerous. Practitioners will wonder whether the UK’s Home Office could ever satisfy these when taken at face value, i.e. before they are “reinterpreted” or “recontextualised” by the Upper Tribunal so that we all “properly understand” them.

But the procedural safeguards are only triggered if the applicant submits sufficient evidence in the first place. Claimants would therefore be well advised to seek high quality medical evidence on their prognosis in the UK and what will happen to their body, their quality of life and their lifespan in the event of withdrawal of medical treatment or provision of different or less precise medical treatment.

As Lord Wilson caustically notes, the test seems unnecessarily complex and it “may make formidable intellectual demands on decision-makers who conclude that the evidence does not establish ‘substantial grounds’ to have to proceed to consider whether nevertheless it is ‘capable of demonstrating’ them”. It is clearly a demanding test to satisfy: the applicant must demonstrate “substantial” grounds for believing that he or she has a “very exceptional” case because of a “real” risk of subjection to “inhuman” treatment.

Lord Wilson endorses parts of the tribunal case of AXB (Art 3 health: obligations; suicide) Jamaica [2019] UKUT 397 (IAC). In this case, the tribunal held that a claimant would need to present evidence which, if unchallenged, made out a successful Article 3 case. If he or she can do so, the Home Office has to produce evidence pointing the other way, which might comprise general evidence, specific enquiries made by the Home Office of the authorities or other organisations in the country of return and obtaining specific assurances from the country of return relating to the claimant. Consideration of all this evidence by the Home Office and then the tribunal on an appeal discharges the procedural obligations established in Paposhvili.

We actually get little guidance from the Supreme Court on what the substantive new “intense suffering or significant reduction in life expectancy” test means in practice. Lord Wilson, giving the sole judgment, notes rather topically that a “significant” reduction in life expectancy might mean different things to a 74 year old and a 24 year old. The case is remitted back to the Upper Tribunal to apply the facts to the law.

It is by no means clear that the appellant in this case will ultimately win her case. The tribunal may be in no hurry given the coronavirus crisis, the need for fresh medical evidence and the fact there is another landmark case pending before the Grand Chamber of the European Court of Human Rights, Savran v Denmark. We may see further guidance when that is decided.