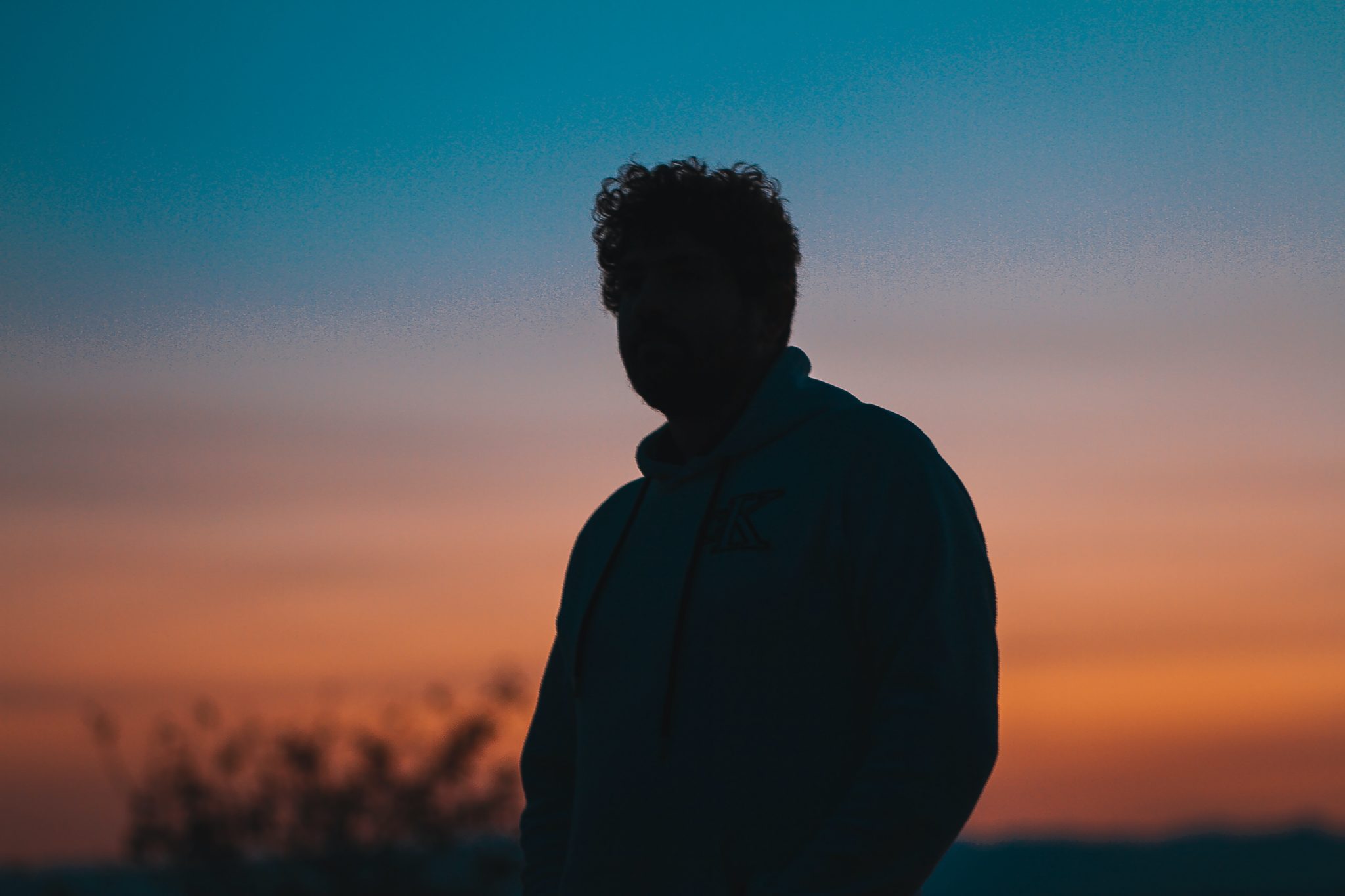 When I first stepped into the field of statelessness as a practitioner, I expected it to be complex. With a background in asylum and anti-trafficking casework, I was familiar with nationality disputes and the challenges facing those affected. But I did not expect that the legal and human complexity of statelessness could result in me spending up to a year or more investigating, collecting and collating evidence and waiting, on average, a further 12 to 18 months for a decision. Nor did I expect the debilitating effects of such a process on applicants.

Statelessness determination procedures (SDPs) are still relatively new to the legal world, despite the fact that the international law on which they are based was developed in the interwar period.

The UK is making strides in the recognition and protection of stateless people on its territory. It is one of only twelve countries in Europe that have a dedicated SDP leading to a form of stateless status. Its procedure was developed on the heels of a mapping exercise conducted by Asylum Aid and the UN Refugee Agency in 2011. The study found that stateless people and those at risk of statelessness were vulnerable to destitution, homelessness and prolonged periods of detention. It urged the government to create a procedure to identify stateless people, in compliance with the UK’s obligations under international law.

The result was Part 14 of the Immigration Rules, which came into effect in April 2013 and governs applications for recognition and leave to remain as a stateless person in the UK.

Improvements have been made to the Rules and related policies and guidance since 2014, including grants of leave to remain for five years, access to the NHS, social housing and student loans for higher education. The procedure for obtaining a residence permit based on statelessness remains a work in progress, though, with much room for improvement.

A long-awaited audit of the UK SDP was published in December 2020. It highlighted positive practices and made recommendations to address crucial shortcomings in statelessness determination in the UK. The audit found that there were significant delays in Home Office decision-making and flaws in many of its decisions. It emphasised the negative impact of the lack of procedural safeguards in relation to interviewing, inaccessibility of legal aid in England and Wales, and the absence of a statutory right of appeal. The report’s findings correlate with the frustrations experienced by myself, other practitioners and our clients.

By the time many of my clients come to seek protection through a statelessness application, they have made several unsuccessful immigration applications and many have been present in the UK for over a decade. Some were made stateless through procedural error on the part of the authorities of their country of origin or the UK authorities, whilst others have been stateless all their lives due to conflict, discriminatory nationality laws and/or lack of birth registration in their countries of origin.

Some are failed asylum seekers, including those who came to the UK before the SDP was developed and were refused asylum; they might have been granted a residence permit on the basis of statelessness had the procedure existed at the time. Their flight from their country of origin was not for fear of persecution for a Refugee Convention reason, but rather a result of statelessness back home — the consistent denial of rights to work, study, own property, marry or access healthcare. It is arguable that in at least some of these cases, the systemic discrimination they faced due to lack of nationality should have been considered persecution for a Convention reason.

Burden of proof and power imbalance

As a statelessness application is an application of last resort, many of those who apply have long and complicated immigration histories. Untangling previous claims is part of what makes the process so challenging for practitioners and applicants. Combing through someone’s personal and immigration history is merely the starting point. We usually need to contact embassies and schools, birth registry offices, hospitals and local councils in the country of origin asking for any evidence of the client’s residence, family history, medical history, birth or education. Some embassies and organisations respond to enquiries, whilst others ignore correspondence, but evidence of these efforts is nonetheless required in most applications.

Borders may have shifted as a result of conflict, and nationality laws change, so we may need an expert report. The applicant must evidence their inability to enter any other country with a right of permanent residence, and the impossibility of re-acquiring a previous nationality – possibly requiring investigation of immigration as well as nationality laws.

Applicants ask me why the Home Office does not routinely make enquiries with embassies. It is better placed to do so and more likely to get a response. This question goes to a central issue with the procedure: the inherent power imbalance between governments and applicants. The Home Office position, which is correct according to the Court of Appeal, is that the burden of proof remains on the applicant to show that they are stateless, to the standard of balance of probabilities.

This is in contrast with UN guidance and five of the other countries in Europe with a dedicated SDP, where the burden of proof is shared between the applicant and the state and a lower standard of proof is applied. Home Office guidance states that decision-makers must assist an applicant where the evidence provided is lacking or inconclusive. Whilst decision-makers do sometimes assist applicants, there is limited evidence of this practice in our caseloads.

Finding a legal representative to prepare a statelessness application is difficult, but almost always necessary. Statelessness applications are currently outside the scope of legal aid in England and Wales. Some funding can be obtained via the Exceptional Cases Funding scheme, but the fixed legal aid fee is only £234 per case (compared to £413 for asylum cases). That is a relative pittance for the time and work involved in these cases and therefore unappealing to many legal representatives. There is a possibility of reaching a threshold at which fees are paid at an hourly rate, but some work is at risk of being unpaid.

Delays in decision-making and the time it takes to prepare an initial application also have a detrimental impact on applicants. A joint briefing published by Asylum Aid and Liverpool Law Clinic in December 2020 highlighted cases involving delays of up to two years for initial decisions, and over four years for full resolution in cases where the applicant applied for administrative review of a refusal.

When preparing witness statements I ask my clients to describe, in their own words, the impact of statelessness on their life. The most common response is the feeling of being “trapped”. They feel stuck — unable to access basic rights in the UK to build a life for themselves, or to leave the country despite efforts to remove them elsewhere.

There is limited state support available while preparing an application or awaiting a decision. If the applicant is a failed asylum seeker and at risk of destitution, they may be able to access some government support and accommodation. They must continue to demonstrate that they are taking steps to leave the UK, even where there have already been unsuccessful attempts to remove them, and sometimes while a statelessness application is pending.

Those in the procedure commonly suffer from depression and a sense of hopelessness. I could be an applicant’s third or tenth legal representative, and sometimes I have to ask questions they have already been asked repeatedly to iron out credibility issues or identify further points of investigation (as for fresh asylum claims). It is unsurprising that many applicants are dejected and feel hopeless about the prospects of success, even when there is strong evidence of statelessness.

A better approach is needed

The existence of a dedicated procedure for providing residence documents to stateless people in the UK is something to be celebrated. The audit of the procedure, and ongoing developments with the Immigration Rules and other regulations, have resulted in some positive changes. But there is still work to be done.

The goals of the applicant and government are arguably the same: resolution of legal status. To keep an applicant in limbo and deny them the right to work whilst providing government support (which is then threatened with removal at various intervals) is inefficient and counterproductive. The process should be one that enables applicants to resolve their legal status quickly, with a shared burden of proof, where the Home Office recognises the power imbalance between embassies and applicants and uses its own power to communicate with other governments. It should be a process that seeks to resolve legal status with the applicant, who is rarely stateless by choice.

Many thanks to Judith Carter and Cynthia Orchard for their helpful input and feedback on a draft of this article, which was first published via the European Network on Statelessness. 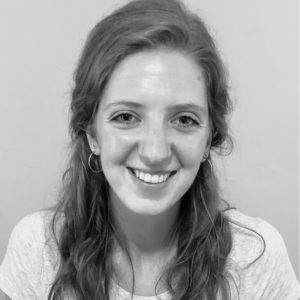