Add to favorites
Hubs / Points Based System / Attracting “the brightes ...

Attracting “the brightest and the best”: the UK’s record on visas for academics and researchers

This autumn will see a decided shift in immigration policy toward being more welcoming to non-EU academics, scientists and researchers; a group commonly defined by the somewhat worn-out phrase, “the brightest and the best”, first coined by David Cameron in October 2011.

The upcoming rule changes will see the removal of PhD level jobs (as defined by the PhD level SOC Codes in Appendix J, for those who know the lingo) from the Tier 2 visa quota. There will also be  a new exemption within the settlement rules on excessive absences from the UK, where the person’s absences are due to “overseas research activity”.

These announcements come at a time when the academic and research community faces a growing threat to its ability to attract and retain the “brightest and the best”, especially in the context of Brexit. But how far does the current immigration system go in terms of attracting and retaining world-leading academics, scientists and researchers, and can we expect the proposed changes to make an impact?

The academic and research sector is fortunate to have access to specific visa routes.

The flagship Tier 1 (Exceptional Talent) route was created in 2011 and continuously reformed due to low initial uptake. Significantly, changes in January 2018 provided automatic endorsements for non-EU citizens appointed to senior positions at a UK university or research institute. As these led to, essentially, a guaranteed Exceptional Talent visa, this was a clear recognition of the value of these roles to the UK.

Another visa route designed specifically for the academic and research community is the Tier 5 (Government Authorised Exchange) route, through which universities and research institutes can sponsor academics and researchers to undertake short-term collaborations. In July 2018, the route was reformed and expanded: these institutions can now host any type of short-term engagement with a non-EU academic or researcher in a manner that other employment sectors would struggle to accommodate.

Carve-outs for universities within immigration routes

In parallel with these specific visa routes, there are a number of carve-outs and exceptions within the other visa routes which facilitate highly skilled researchers.

The Tier 2 route contains a number of exceptions for PhD level roles, including:

The Migration Advisory Committee’s recent recommendations on the Shortage Occupation List, signed off by the Home Office this week, mean that all biological scientist and biochemist roles (SOC Code 2112), and archaeologists under Code 2114 now get priority within Tier 2.

The visitor visa route also contains carve-outs, namely to allow highly skilled individuals to visit and gather information and facts, or share knowledge/advise on an international project that is being led from the UK. Academics can use the route to carry out research for their own purposes, and senior doctors or dentists can take part in research, teaching or clinical practice. The permitted paid engagement visitor route facilitates one-month paid engagements of academics to examine students and/or to deliver a series of lectures.

The government’s Industrial Strategy envisions increasing total research and development investment to 2.4% of GDP by 2027. For this vision to be realised, it is vital that the UK has an immigration policy that facilitates the mobility of the science and innovation community.

Scientific breakthroughs are not developed in isolation. Easy movement of researchers, innovators and specialist technicians gives the UK a competitive advantage by opening up access to skills and international networks. Simply put, if the UK wants to be a world leader in science and research, international collaborations are a necessity.

The sector calls it “brain circulation” – the ongoing discussion and sharing of ideas and practices between researchers and scientists from around the world, pushing the boundaries of our knowledge. A country that creates barriers to brain circulation, by way of onerous immigration systems, does so at its own expense and to the benefit of its competitors.

In this context, does the current system, with its various carvouts and exceptions, actually succeed in attracting the “brightest and the best” to the UK?

Government commissioned research from 2016 indicates that, whilst the UK represents just 0.9% of global population, it ranks first among comparator countries in respect of research impact and quality.

So clearly the system works. Right?

Almost. Some issues do remain if the UK is to retain its global position.

Visa problems for the best and brightest

Cost remains a significant burden. A recent report by The Royal Society highlights that the current UK visa arrangements are among the most expensive in the world.

The cost of visas for skilled workers and students coming to the UK, compared with the visa systems of other leading science nations, is a whopping 540% higher. The Royal Society calls for a reduction in visa costs to fall in line with the average.

Administration of the current Tier 2 system is also a sizeable burden for the sector. A recent report by EY, commissioned by the Russell Group, established that the 24 Russell Group universities currently spend around £25 million a year on immigration processes and compliance to recruit and support non-EU staff and students, with an estimated increase of 36% to £34m by 2022. These costs would reach dizzying heights were they to be extrapolated across all employers within the research sector. The white paper’s ambition to reduce sponsorship burden under any new system will certainly be welcomed.

Visa refusals are also an issue, most recently concerning visit visas. There have been several high profile cases of visiting academics and researchers being refused visas, with questions also raised in Parliament. There is ongoing lobbying on this issue from the research sector.

To what extent will the proposed autumn rule changes impact on the UK’s attractiveness for the “brightest and the best”? Significantly, in my view.

Firstly, the removal of PhD level roles from the Tier 2 quota, whilst partly symbolic given that no PhD level roles have ever been refused under the cap due to preferential points-weighting, will reduce recruitment timeframes on the ground, circumventing the need for monthly pre-approval. This does, unequivocally, send a global message that the UK is committed to supporting the easy movement of highly skilled individuals.

Secondly, the planned exemption for PhD level roles within the absence rules for settlement is very welcome. It is an issue that the sector has lobbied on for years, due to previous high profile settlement refusals for academics and scientists who breached the absence requirements. Whilst refusals are not common, the rules mean highly skilled individuals having to choose which overseas collaborations they can attend and which they cannot for risk of breaching the absence rules.

The Home Office can do plenty to lay out the welcome mat even without rule changes.  A recent naturalisation case with which we assisted saw an eminent academic and scientist being granted British citizenship, despite having in excess of 1,300 days out of the UK during the five-year period. The absences related directly to the academic’s research collaborations. It was a much welcomed, pragmatic decision from the Home Office. We need more of these types of decisions where we are seen, as a country, to be welcoming, attracting and retaining great scientists and researchers to the betterment of us all. 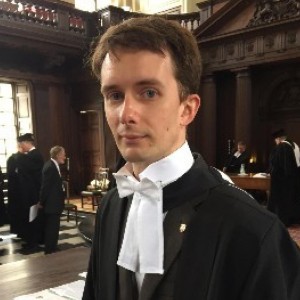